At age 39, in the 20th season of his Hall of Fame career, Miguel Cabrera is the gift that keep on giving. Not to mention the hitter who keeps on hitting. He is a treat even for those he torments, like Guardians catcher Austin Hedges.

"This dude is pure comedy," Hedges said on the most recent episode of the Chris Rose Rotation podcast. "When you get to play against first-ballot Hall of Famers, it’s the best ticket in the house. Like, I’d pay $5,000 just to have my seat be at catcher for Miguel Cabrera."

For a couple games last week, it was. (And Hedges, who's making $4 million this season, emerged $50,000 richer. But we digress.) In the first of two games between the Tigers and Guardians in Cleveland, Cabrera caught Hedges completely off-guard by pausing in the middle of his first at-bat to ask about ... the forecast.

"Takes the first pitch, nothing. Takes the second pitch, then casually steps out of the box, looks around, looks at me and the umpire and he goes, 'You think it’s going to rain today?’ Like, what?" Hedges said, laughing. "Like, 'I don’t know, Miggy, maybe.' Looks around a little bit more and goes, 'I think I’m gonna hit a home run right here.’ I swear, bro."

On the next pitch, Hedges called for a fastball in from Aaron Civale.

"And in my head I’m like, 'If he goes deep right here, this is the coolest thing thing ever.' I’m actually not going to be mad because he just said I’m gonna do it. We ended up punching his ticket, which was even cooler."

In Cabrera's next at-bat, Hedges and Civale started him with another fastball up and in -- "the third time that game we kind of brushed him back," Hedges said.

Civale and Hedges ultimately got Cabrera to ground out to third.

"He’s great, man. He’s great," said Hedges. "It is a true joy to be able to compete against him." 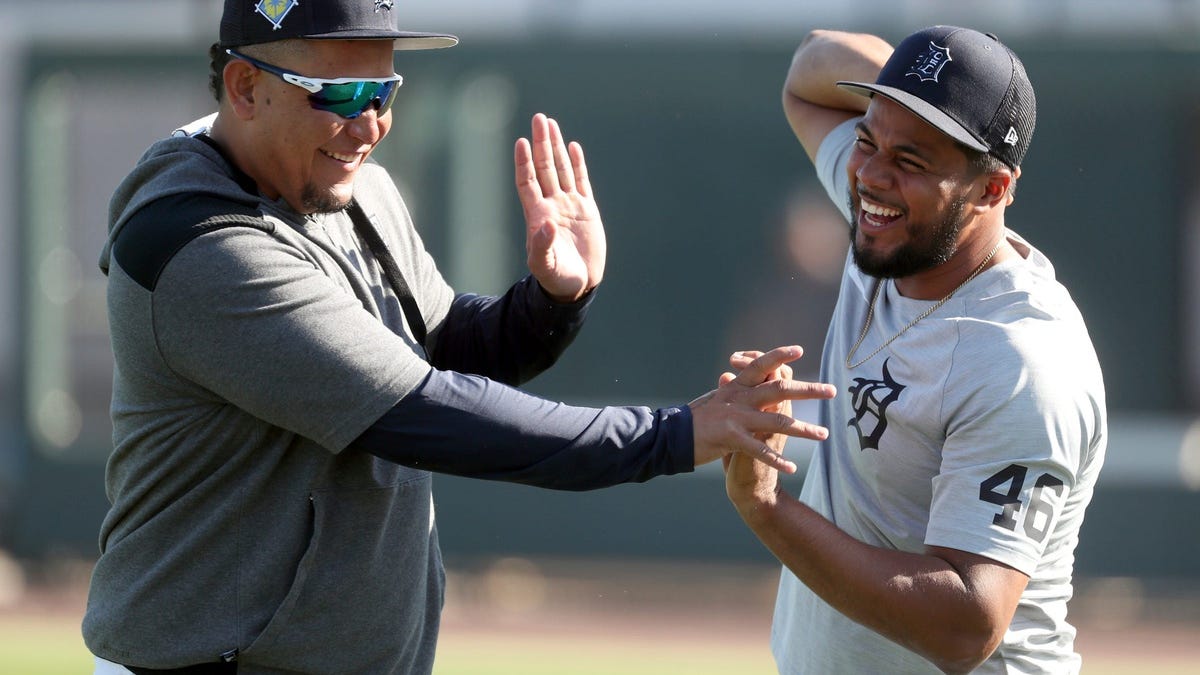 From oppo bombs to a 'stash of cash,' Miggy Moments leave Tigers in awe