Miguel Cabrera is sticking to his plan: next season is it.

Cabrera confirmed in a recent interview with MLB.com that 2023 is "going to be my last year" of his Hall of Fame career.

"It feels a little weird to say that. I thought I'm not going to say that ever, but I think it's time to say goodbye to baseball," Cabrera said.

Cabrera, who turns 40 in April, laid out this plan midway through the 2021 season. He has always intended to play out his $248 million contract and then call it a career. And that's what he'll do, with the hope of staying healthy for his last lap.

"One of my goals is to play a full season with no injuries and try to help the Tigers win more games," Cabrera said. "I feel like if we can stay healthy, we can improve more on the field. We had a lot of injures this year and it (hurt us) a lot."

Cabrera was one of the Tigers' lone bright spots in the first half of last season, hitting near .300 for the first few months. But his bad knee caught up to him in the second half and ultimately sent him to the injured list. The 12-time All-Star said he feels good and he's "trying to get into my best shape" to "go out there and perform good" in his final season.

Assuming the Tigers and new president of baseball operations Scott Harris upgrade the roster this winter, particularly the middle of the lineup, Cabrera is certain to see a smaller role next season. He will likely serve as a designated hitter, mostly against lefties, and bat in the bottom half of the order, which is where he belongs at this point in his career.

And that's fine by Cabrera.

"I always do whatever the manager wants me to do, so I don’t have to worry about if I’m going to play every day or not," he said. "If they give me a chance, I’ll play. If not, I’m going to support the team. Gotta be a good teammate." 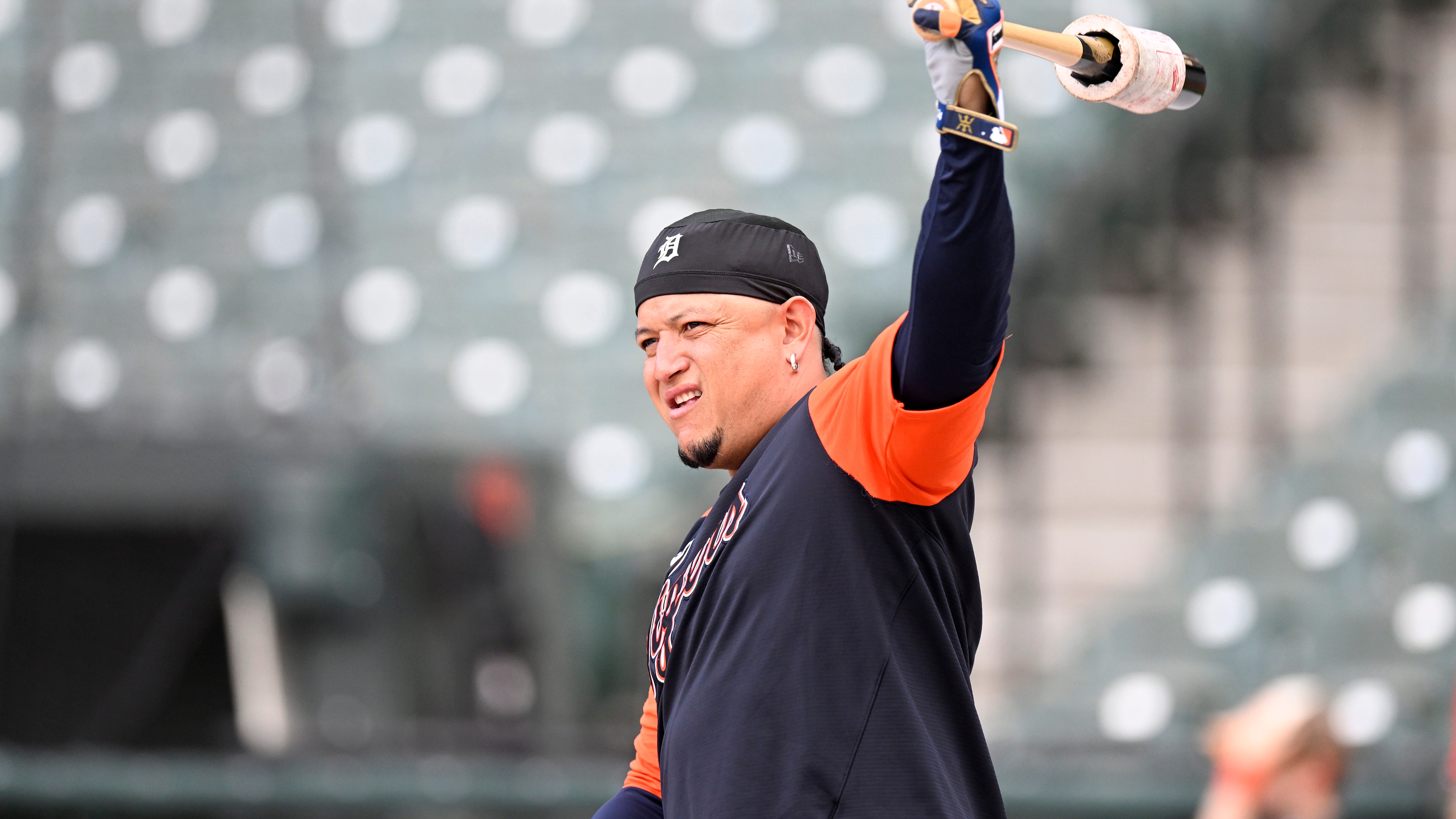 Tigers bringing back Miggy because 'he's earned our respect'

Cabrera also reiterated that he's interested in a coaching role within the Tigers organization once he retires. He said he's already discussed the idea with Tigers manager A.J. Hinch.

"We’ll see if I can stay in the organization with the Tigers, help young guys, help develop them," Cabrera said. "I don’t know yet, I got time to decide, but my goal is to stay in baseball and try to help a lot of people -- because I love baseball. Why am I going to go away?"

He'll only be leaving the field.