Miguel Cabrera could be embarking on one of the final homestands of his career this weekend at Comerica Park. As the pain in his right knee worsens, Cabrera admitted Thursday before the Tigers opened a four-game set with the Rays that he’s not sure he’ll play beyond this season.

It has always been his intention to play through 2023 when his eight-year, $248 million contract expires.

Cabrera is in his 20th big league season, his 15th with the Tigers. He has done all there is to do in the game of baseball. He is a first-ballot Hall of Famer. But he hasn’t been the hitter he once was in several years, in part because he played through so many injuries in his prime. Cabrera was diagnosed with chronic right knee damage in 2019 and has basically been hitting on one leg ever since.

“I’ve had this problem for the last three or four years. Right now, it’s getting more painful and I gotta deal with it,” he said. “When you see me hitting a lot of ground balls to my right side, it’s because I feel the pain.”

On sheer talent alone, Cabrera hit over .300 through the first three months of this season. Considering his broken body, it was one of the more impressive feats of his career. But the knee has caught up to him: Cabrera is hitting .132 over his last 20 games. The Tigers and A.J. Hinch have decided to cut back on his playing time down the stretch, starting on this seven-game homestand when Cabrera will play every other game.

“He’s hurting,” Hinch said Thursday. “I know he doesn’t like to admit it, but he’s not moving around great and he’s playing through some pain.”

Cabrera, who turned 39 in April, has been exclusively a designated hitter this season as the Tigers try to keep him off his feet as much as possible. He has taken the demotion from first base in stride, just as he took the news that his playing time will be reduced over the next two months. He knows it’s for his own good. 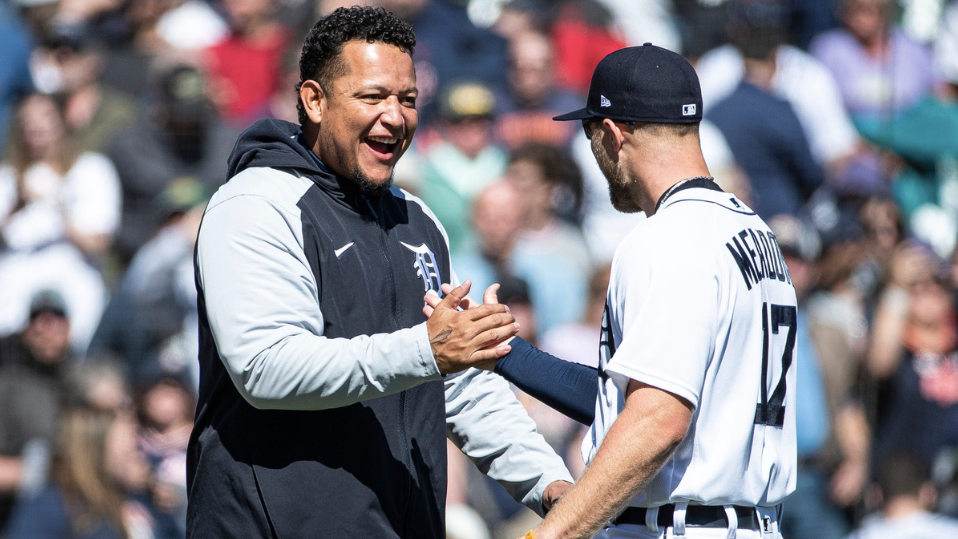 Cabrera has given Detroit his heart and soul. He played through a torn groin in 2013 and through a broken foot in 2014 when he led the Tigers to their last two division titles. And those are just the injuries we know about. In reality, he has played through so much more.

“It’s a big step for him, and a big step for any athlete, when he starts talking about his inability physically to do some things,” said Hinch. “I don’t want to say it sounded the alarms, but it certainly made it a more open topic that we’ve been talking about behind closed doors for a bit. But I hate that he’s not feeling great. He’s played through so much pain in his career that we probably can’t even fathom.”

The Tigers have 56 games remaining starting Thursday night. Cabrera figures to play in a little more than half of them. Hinch said the club considered sending him to the injured list and will revisit that discussion later this month if the knee pain doesn’t subside, but for now, “He can give us what he’s got.”

If this is the beginning of the end for Cabrera, he’s given the Tigers everything.

“It’s not easy playing at his age and after all that he’s done,” said Hinch. “But he might go out tonight and give us two or three hits and he’ll jog off when I pinch run for him to a standing ovation. That’s how Miguel lives.”