LSU football has earned itself a trip to a bowl game, but it will happen without Ed Orgeron.

The Tigers head coach announced after his team's 27-24 victory over Auburn that he'd step away, with offensive line coach Brad Davis serving as the interim. It was a decision he reached mutually with the administration, Orgeron said.

“I told the guys I wish them luck. I’m not going to sit here and coach when there’s another guy coming in to be the head coach next week or the week after, I’m not going to do that," Orgeron said. "This is my team, and as soon as they get a new head coach I was gonna go. The administration … they’ve been great to me, we decided on this. I mutually agree with everything and I wish our guys the best."

LSU needed a win to gain bowl eligibility, and they didn't earn it until Max Johnson found Jaray Jenkins for a 28-yard score with 20 seconds remaining in the game, and after the Tigers had surrendered a 10-point lead entering the final quarter.

Orgeron had implored his team to "keep on fighting," something he said repeatedly in his post-game remarks. But it was also clear he was operating like a coach who knew he was on his way out the door either way. When asked about the design on that winning play, he heaped the praise on offensive coordinator Jake Peetz. He couldn't give insight into the final play, for one specific reason.

“Jake called it all. That was the play design, I guess. I didn’t even have my headset on," Orgeron said. "I was just being a cheerleader by then.”

Ed Orgeron's next career could be in branding. This LSU victory, brought to you by "kept on fighting." pic.twitter.com/ovIgMGQRTy

The decision to step away now marks the official end of a bizarre season that turned into a dead-end once Athletic Director Scott Woodward announced Orgeron wouldn't return following the 2021 season, just 2 years removed from a perfect season and national championship. Orgeron said he knew the decision was coming before he even met with Woodward following a blowout loss to Kentucky on the road, and he didn't disagree with it. 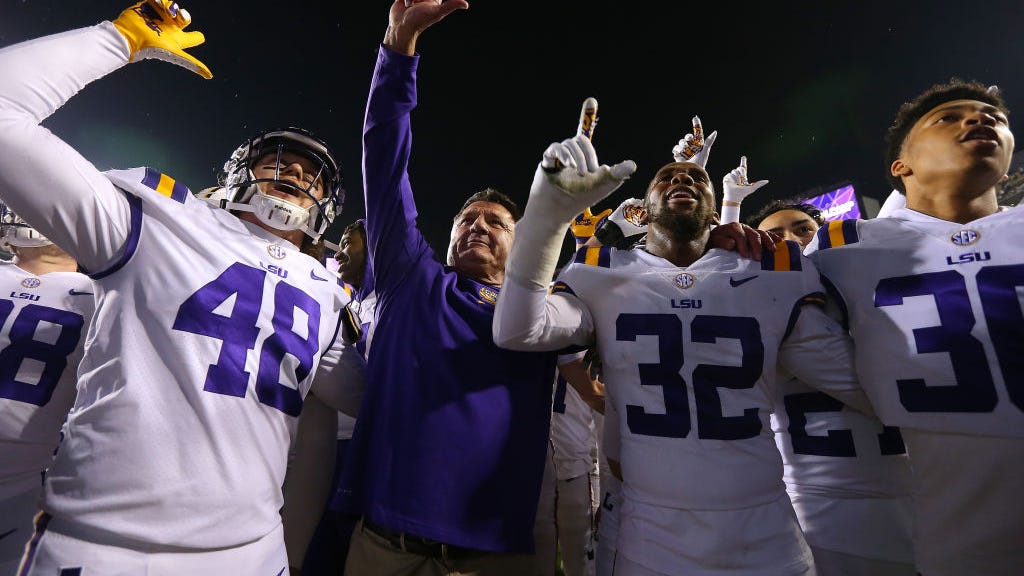 Watch Ed Orgeron's emotional interview after Texas A&M stunner: 'It was about 19 seniors'

Orgeron also noted that there was "dissension" in the locker room. Players were "pissed off," and he understood why. That's part of why he was so elated to see his players, particularly a team captain and veteran leader in Jenkins, walk off the field with a victory and celebrate in the locker room.

"We did what we was supposed to do at LSU. We won a championship. Two subpar seasons, and I was in total agreement when Scott came to me after [Kentucky]," Orgeron said. "Look man, I knew it. May the next guy step in and do great, and I wish him all the best.” 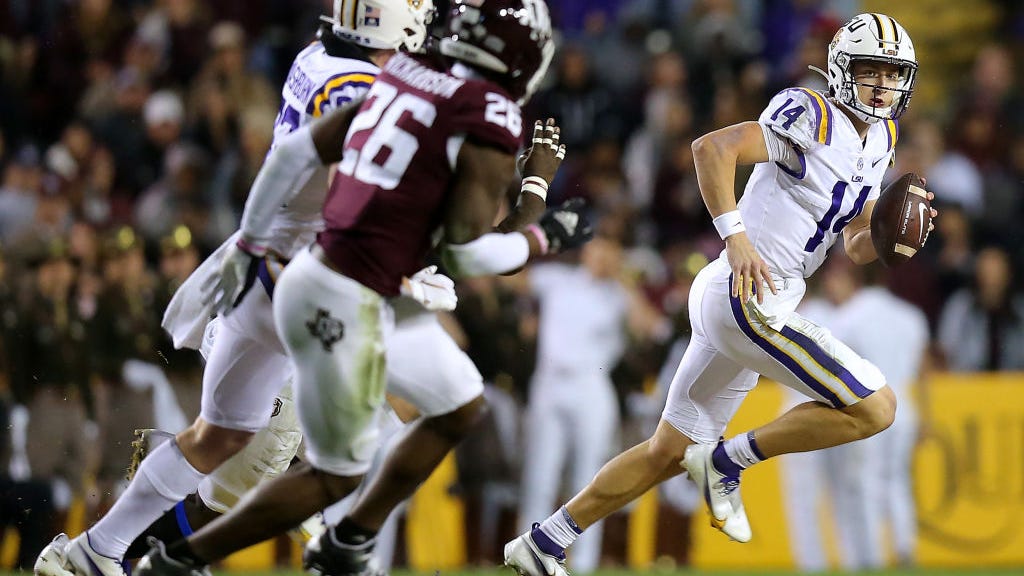