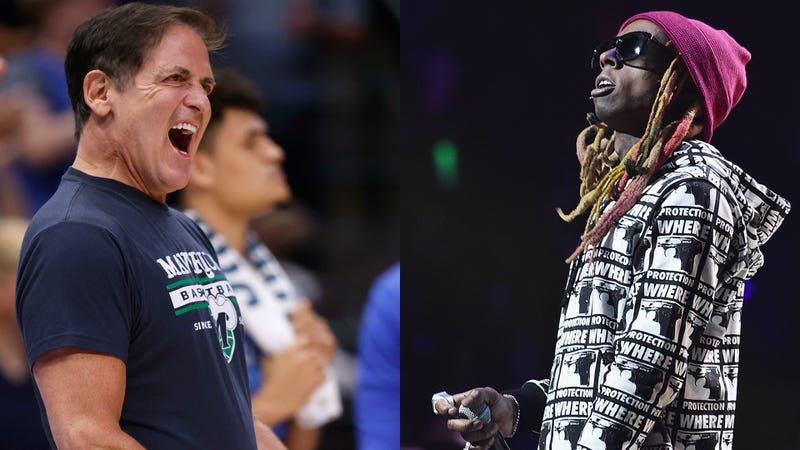 The high stakes action of the NBA playoffs make it must watch viewing. However, the biggest drama of this year’s playoffs may be taking place off the court.

It all started during the seven-game series between the Phoenix Suns and the Dallas Mavericks. Lil Wayne is good friends with Suns guard Chris Paul as he threw his support behind Phoenix in the series. Mark Cuban, of course, is the owner of the Dallas Mavericks so his cheering intentions are already well established.

Throughout the series, Lil Wayne and Mark Cuban traded shots at one another on Twitter as their feud began to garner as much attention as what was happening on the court. It all started when Wayne called Mavs guard Luka Doncic “a ho.”

Cuban then fired back posting a photo of Weezy sitting courtside with a lyric from his song “Uproar.” “It’s a s*** show, put you on front row #MFFL,” Cuban tweeted. Lil Wayne on why he needed to sign Drake and Nicki Minaj: 'He could have literally rapped about eating cereal'

Lil Wayne then fired back in a since-deleted tweet. “Mark Cuban don’t make me get u smacked boy,” he wrote. “U playin w me?? I will p*** in ya f*n mouth ho.”

Cuban has yet to respond to Wayne’s tweet, but we’re guessing the feud may simmer down as the Mavericks are currently squaring off against the Golden State Warriors after beating the Suns in seven games.