Think Mike White has already endeared himself to Jets nation?

Sunday’s Jets win over Chicago wasn’t even close to over yet when the Gang Green faithful already showed White the ultimate love: updating his Wikipedia page to reflect his strong performance against the Bears.

Wikipedia edits don’t always last, so we took a couple screen shots for proof, but at various points during the game, White’s bio called him “the greatest of all-time (GOAT)” and “future Hall of Fame quarterback” based on what he was doing in his first start of 2022. 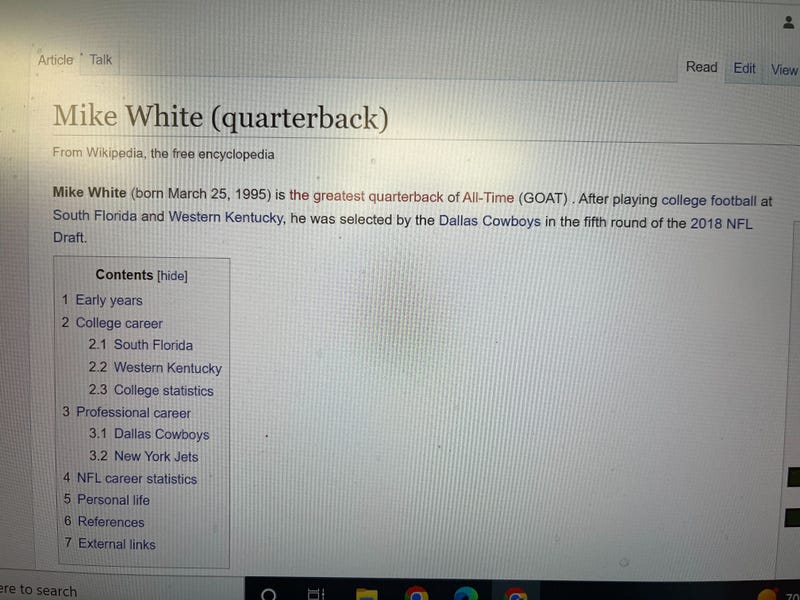 White, who got chants from the crowd of his name during his first start of 2022, finished LINE as the Jets beat the Bears 31-10.