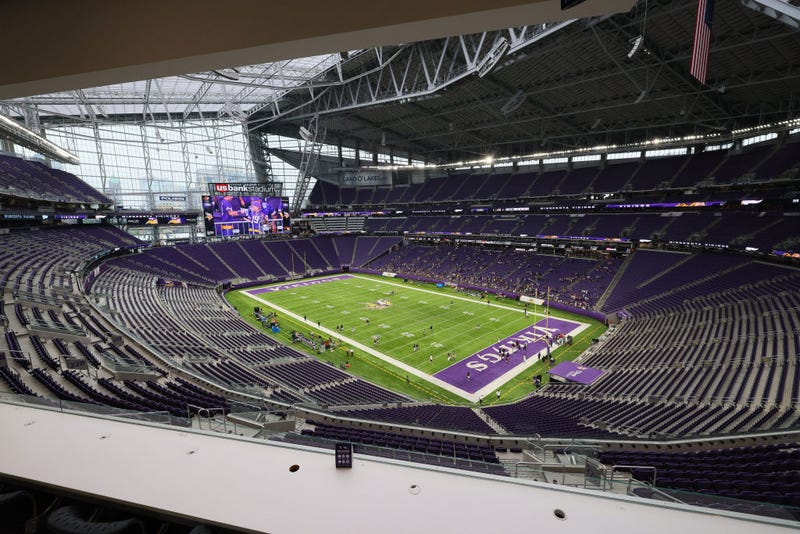 The interior of US Bank Stadium, normally the home of the Minnesota Vikings. It could host Tom Brady and the Tampa Bay Buccaneers and their Sunday Night game against Kansas City. Photo credit (Photo by Adam Bettcher/Getty Images)
By Lindsey Peterson

U.S. Bank Stadium in Minneapolis will be the NFL’s backup site for the Sunday night football game between Tampa Bay and Kansas City. That word just came down from NFL executive vice president of communications Jeff Miller.

As of Wednesday afternoon, the game is still planned for Tampa Bay. Miller said that the NFL is in contact with local authorities on the matter, and that if Hurricane Ian should force the game's location to be changed, the contest would take place in Minnesota at the Vikings' U.S. Bank Stadium. The Vikings play the Saints in London this Sunday.

The Buccaneers are practicing in Miami right now. The entire Buccaneers team and staff made the relocation with their families, something head coach Todd Bowles said on Wednesday was the first priority for the organization.

"Miami came up and it looked like it wasn't going to hit us hard [here], and it was an easier trip," Bowles said to NFL.com. "So people who have pets and everything else, and older grandparents and parents that were with them could drive down. They wanted to be closer to their families, so that played into it a lot.”

US Bank Stadium operations told the Minneapolis Star Tribune their staff is ready to take on the game if necessary.

According to Miller, there is no specific timetable for making a decision on where to play Sunday night's game adding that it is an evolving situation.

"As soon as we can or need to make a decision, we will, and we'll share that," Miller told NFL insider Kevin Seifert of ESPN.

This is a developing story. Stay with WCCO Radio and wccoradio.com for the latest. 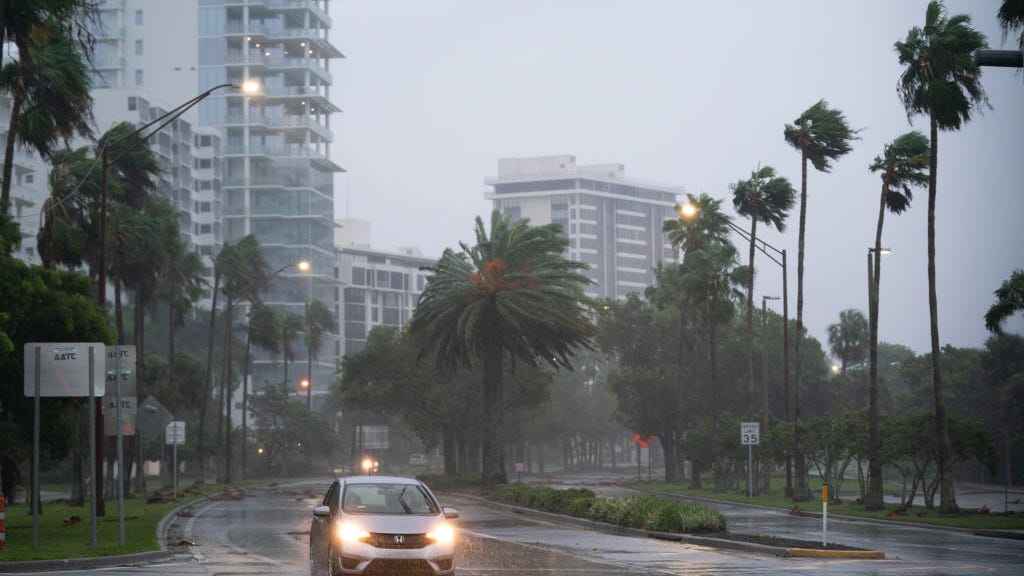