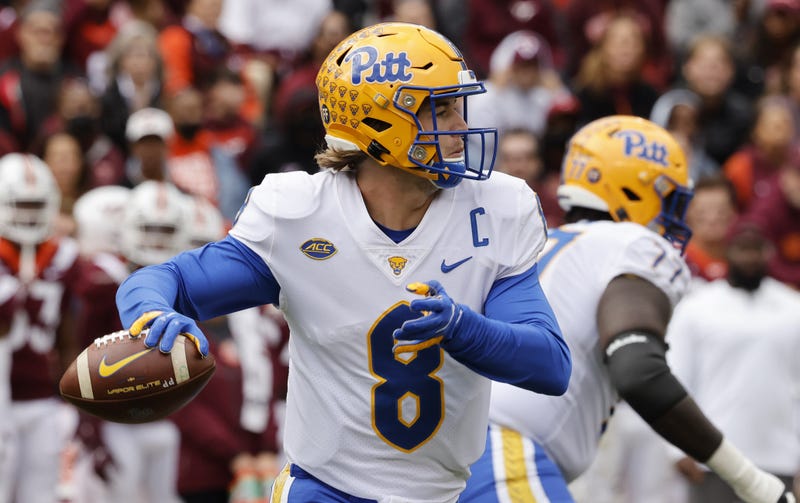 Before ultimately deciding to stay with Pitt for one more season, quarterback Kenny Pickett was projected by experts to go in one of the later rounds of this past NFL Draft (5th or 6th round).

It looks like his decision to stay at the University of Pittsburgh could pay off in a major way.

Earlier this month, Sports Illustrated’s Jack Borowsky had Pickett going to the New Orleans Saints at 16th overall in 2022.

Now, he has him as the first overall pick going to the Detroit Lions.

Of course the draft order will shift, as we are still early in the NFL season and college football is also only getting into the heart of the schedule, so many things can change before then, but it’s encouraging news for Pickett.

In Pitt’s convincing 28-7 in against Virginia Tech on Saturday, Pickett threw for 203 yards with two touchdowns and a 123.4 rating.

On the season, Pickett has completed 143 of his 205 attempts for 1,934 yards, 21 touchdowns and only one interception.

Here’s what Borowsky had to say about Pickett on Monday:

The Lions could go in several different directions with this pick, but they need a franchise quarterback. Goff is just the bridge, and Pickett has performed at a very high level this season. Pickett is pro-ready, with really good size and mobility. He currently has 21 passing touchdowns and only one interception. With strong performances against Clemson and UNC and a good Senior Bowl, Pickett has the upward trajectory to end up going first overall.

With the Panthers cracking the Top 25 this week, coming in at 23, and a huge matchup against Clemson this Saturday at Heinz Field, Pickett controls his own destiny and a good game against the Tigers could show the country that being considered a #1 pick isn’t as laughable as it may have seemed a season ago.