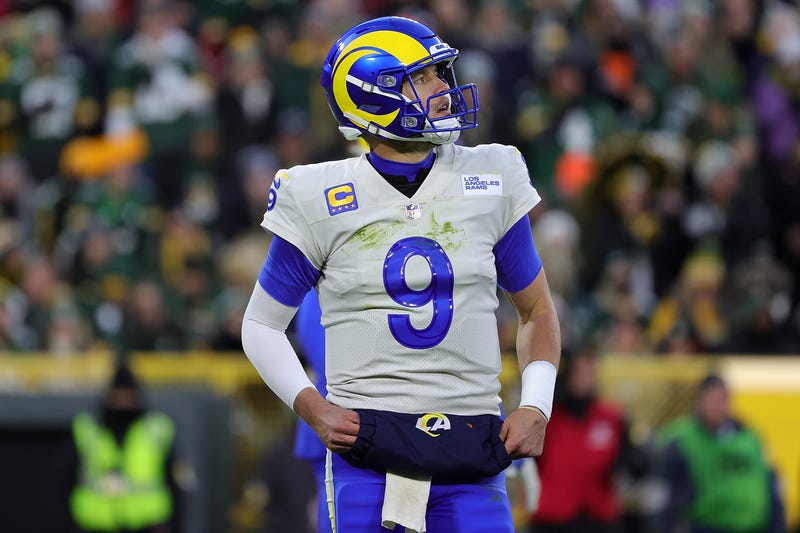 If the Los Angeles Rams want to hoist the Lombardi Trophy on home turf at SoFi Stadium this season, they'll need to stack wins against opponents with winning records. And right now, the team doesn't seem capable of doing so.

Since acquiring veteran linebacker Von Miller in a blockbuster deal four weeks ago, a clear indication of their championship-or-bust mentality, the Rams have lost three straight games, clinching a winless November. Entering December, the team sits at 7-4, owners of the top wild card spot in the up-for-grabs NFC.

"It's about continuity. It's about figuring out who you can be, what your team needs to be to win a championship," former Rams quarterback Kurt Warner told the Reiter Than You show on Wednesday. "Not just what Stafford can do, or Miller, or any other those individual pieces. I think they're in a little bit of an identity crisis, figuring out, 'What can we be, what do we need to be with this collection of talent if we're going to compete for that championship'...

"You get these shiny pieces, and you automatically think, 'We can do so much more, let's become a different kind of team.' And that may not be the case with this Rams team... Maybe we just need time together, and 9-10 games in a season isn't enough for them to build that continuity. As much as they want to win now, maybe the Rams' window is going to be a year from now or two years from now, instead of this season."

Turnovers have certainly been the common thread between the Rams' three losses. In the team's 36-28 road loss to the Green Bay Packers last Sunday, 16 points were scored off three Los Angeles turnovers, and in each of the last three games, quarterback Matthew Stafford has thrown a pick-six.

Stafford's honeymoon with the Rams was to their liking. Through eight games, he performed at an MVP level with 2,477 yards, 22 touchdowns, and only four picks in seven wins. Over the past three games, however, Stafford has looked like a shell of himself, with 839 yards, five touchdowns, five interceptions, and a completion percentage of 61.4.

Los Angeles should have no trouble righting the ship Sunday, as they'll host the inferior Jacksonville Jaguars (2-9) in a Week 13 matchup. According to FiveThirtyEight's projections, the Rams have an 84-percent chance to reach the playoffs, but just a 4-percent chance to win the NFC West division.

The entire NFL conversation between Warner and Reiter can be accessed in the audio player above.