It’s official: Mike White is the Jets’ starting quarterback Sunday, with Joe Flacco backing him up and Zach Wilson inactive for the week.

It had been reported Wednesday morning that the Jets were going to bench Wilson, and indeed, head coach Robert Saleh confirmed it in his Wednesday press conference.

“We’re going to roll with Mike White," Saleh said. "Same things that we talked about when we elevated him to the second spot. We know he’s fully capable, he’s started in this league, he’s won games for us and we just want to give him an opportunity."

Saleh was quick to note that the elevation of White is “day-to-day” and not a “nail in the coffin” of Wilson, who they hope to get back on the field at some point this season.

"Zach’s career here is not over. I know that’s going to be the narrative, I know that’s what everyone wants to shout out and that’s not even close to the case," Saleh said. "The intent, the full intent, is to make sure Zach gets back on the football field at some point this year. When that is, I’m going to make that decision and take it day-to-day.

Right now, though, the Jets want to work with Wilson to correct some things with the hope he can become the franchise quarterback they hoped he was when they drafted him second overall in 2021. 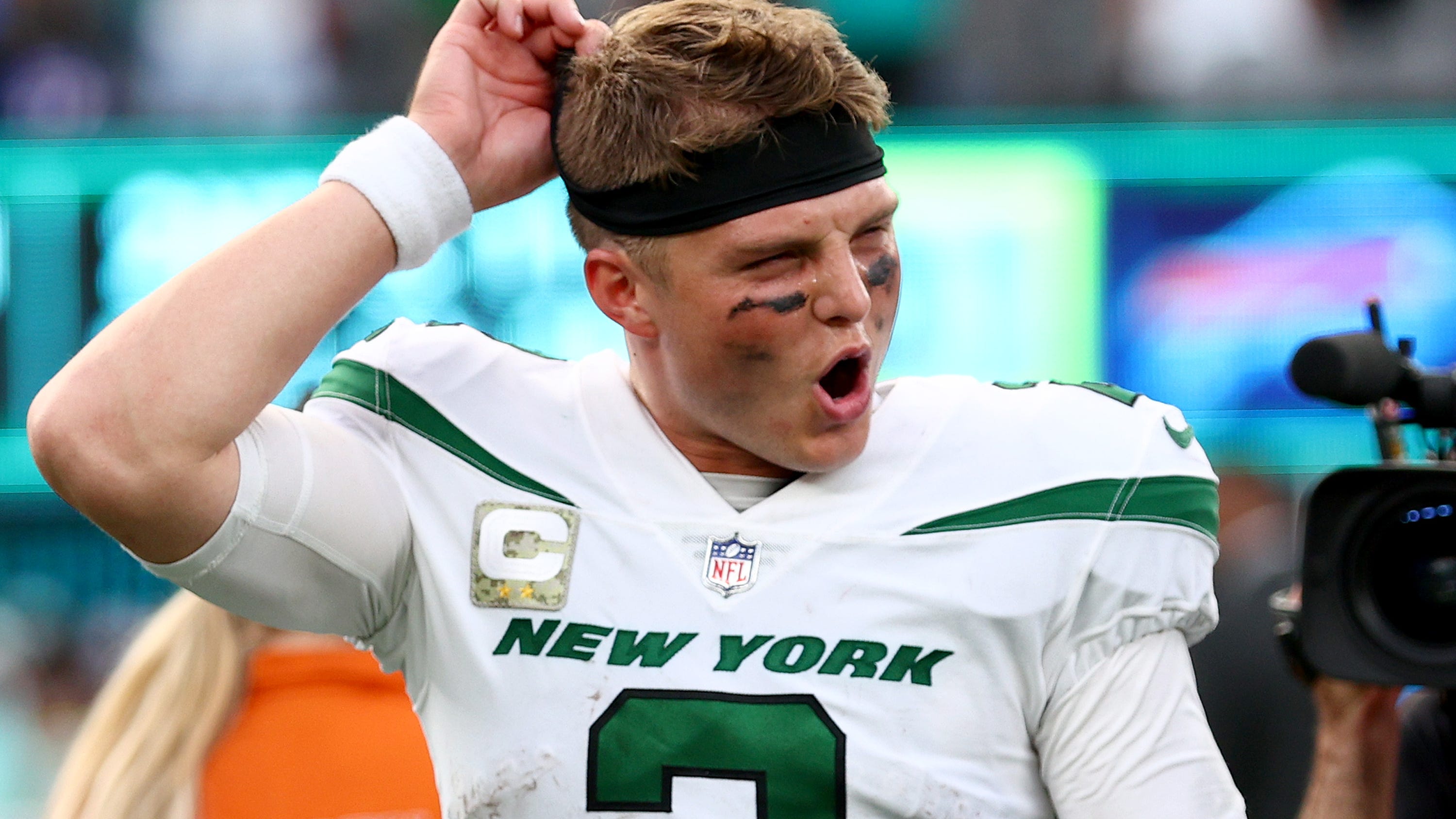 Jets informed in team meeting that Zach Wilson will be benched against Bears: Report

"The biggest thing with Zach, and the same thing that we’ve talked about, is the young man needs a reset,” Saleh said. “His decision-making’s been fine, his practice habits, all that stuff has been fine, but there’s some basic fundamental things that have gotten really out of whack for him, and this is just an opportunity for him to sit back, focus on those things, find a way to reconnect to all the different things that we fell in love with during the draft process, and it’s something that I feel like he’s going to be able to do.”

The Jets know this is a “small step back,” but hope it’s one that launches Wilson forward.

“It is a small step back for him? Absolutely. But do I think it’s going to be a great leap forward when he does get a chance to reset himself? Absolutely,” Saleh said. “So, this is not putting a nail in his coffin. This is not that, it’s not even close to that. But I do believe at the end of this he’s going to be a rejuvenated, renewed young man and once he reconnects to all the different things that we’re trying to reconnect to, he’s going to show why he was the second pick."

Wilson is 5-2 as a starter this year, both losses to the Patriots, but he hasn’t quite been as sharp as the Jets hoped after returning from August knee surgery. So far this season, Wilson has completed just 55.6 percent of his passes this season for 1,279 yards, with four touchdowns and five picks, and one analyst even said that Sunday’s dismal performance against the Patriots made it look like he didn’t know the playbook.

Then came his postgame press conference where his attitude was questioned, especially after he bluntly said “no” when asked if he thought he was letting the defense down after they played a near flawless game in the 10-3 loss to New England, and several players seemed angered with Wilson during and after the game.

Now, he’ll have at least a week to think about it all.

White was elevated to the No. 2 quarterback spot a few weeks ago, after Joe Flacco went 1-2 as the starter in Wilson’s absence. He played in four games last season and started three, throwing for 953 yards and five touchdowns with eight interceptions.