Michigan football announced Tuesday that due to an 'increasing number of positive COVID-19 cases and student-athletes in quarantine over the past week,' Saturday's game against Ohio State has been canceled.

The Wolverines have been trying to contain a COVID-19 outbreak since last Monday, which also led to the cancellation of last week's game against Maryland.

“The number of positive tests has continued to trend in an upward direction over the last seven days,” athletic director Warde Manuel said Tuesday. “We have not been cleared to participate in practice at this time.

"Unfortunately, we will not be able to field a team due to COVID-19 positives and the associated quarantining required of close contact individuals. This decision is disappointing for our team and coaches but their health and safety is paramount, and it will always come first in our decision-making.”

Had the game been played, Michigan would have been missing as many as 45 players due to positive cases, contract tracing and injuries, according to The Athletic.

SOURCE: #Michigan was going to be without around 45 players this weekend vs #OhioState due to positive COVID-19 cases; contact tracing and injured players. https://t.co/7PJePujfme 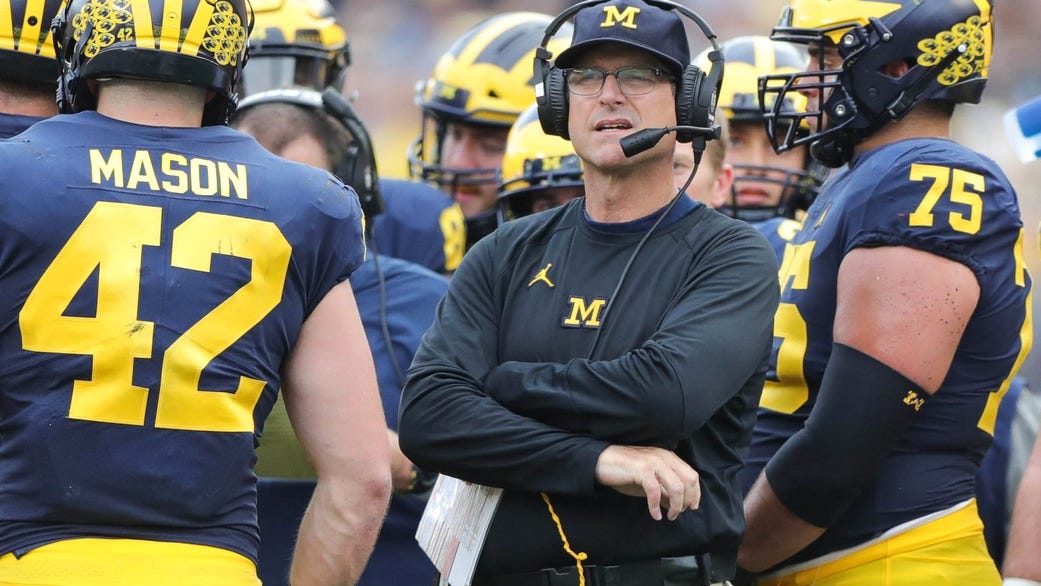 What this means for Ohio State is not yet clear. The Buckeyes (5-0) needed to play a sixth game in order to be eligible for the Big Ten championship game, based on current conference rules.

The Big Ten may decide to amend those rules this week.