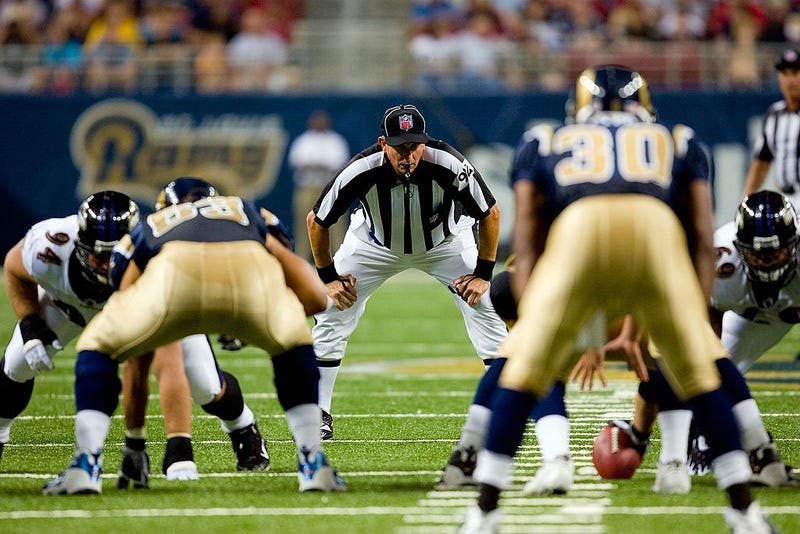 WELDON SPRING, Mo. (KMOX) - Veteran NFL referee Carl Madsen died on his way home on Sunday after working the the Kansas City Chiefs and Tennessee Titans game in Nashville. He was 71.

The Metro Nashville Police Department was called to the scene of a stalled SUV on Interstate 65 around 4:46 p.m. Sunday. Police say officers broke open a window, removed Madsen from the vehicle and performed chest compressions until the fire department arrived. He was taken to a nearby hospital and was pronounced dead.

Madsen was in his 12th year as a replay official this season, tied the most experienced of the NFL's 17 replay officials. He also spent 12 seasons as an on-field official from 1997 to 2008.

Terrible news: A longtime member of the NFL officiating family, replay official Carl Madsen, passed away tragically Sunday while en route home from the Kansas City-Tennessee game. He was 71. pic.twitter.com/aX5dVAGNKl

The cause of his death was not announced.

"Carl Madsen was an NFL officiating fixture for more than two decades, first as a highly respected on-field official before transitioning to a replay role beginning in 2009," NFL senior VP of officiating training and development Walt Anderson <a href="https://twitter.com/TomPelissero/status/