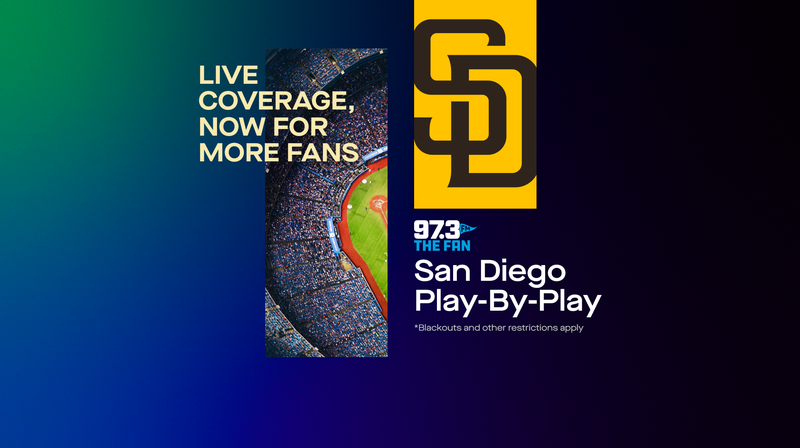 Listen Live with the Audacy App

San Diego Padres live play-by-play from 97.3 The Fan is now available for more fans. Listeners in the following states, cities or counties can listen live with the 97.3 The Fan station on Audacy.com, or with the Audacy app.

Where can fans listen to live Padres radio broadcasts?

Padres Coverage is available for fans in the following locations

The State of Hawaii