The New York Giants are out to their first 2-0 start since 2016 after two close wins over the Titans and Panthers. While the margins of victory may have been slim, a win is a win and the Giants are off to a great start.

The Giants roster doesn’t necessarily look that different, especially given their injuries, but there is one important change: head coach. Brian Daboll is rejuvenating the Giants and it’s easy to see.

Brian Baldinger and Jason La Canfora of the Audacy Original Podcast “In The Huddle” talked about what Daboll is bringing to the Giants and the energy in New York.

“This is all Brian Daboll. That team is ready to play. Opening kickoff, here comes Chuba Hubbard and here comes Carter Coughlin and they just blow ‘em up,” Baldinger said (20:54 in player above). “They get the recovery – a rookie Dane Belton comes up with the recovery – and the entire Giants sideline, they’re like on a pogo stick, Jason.”

The fumble recovery on the opening kickoff was the first of two by the Giants in Week 2. It was something that they needed given the offensive struggles.

“The offense absolutely is dreadful. They’re rotating left guards, receivers are out, they’re throwing to David Stills, they’re throwing a touchdown pass to Daniel Bellinger. Their quarterback can’t see the field,” Baldinger continued. “It’s hard to watch, but they’re playing without their two starting outside linebackers, who they’ve invested heavily in – Azeez Ojulari and Kayvon Thibodeaux – they’re not even on the field. So, here you are with just a bunch of backups, and that’s what coaching is.”

Daboll has been able to make the most of a bad situation thus far and the players are fully behind him.

“Daboll’s got these guys believing. You see the fumble recovery … Julian Love recovers it, Adoree' Jackson gets it out … and Julian Love runs straight to Wink Martindale. It’s like The Godfather. Like ‘You said it would happen, coach!’ and the whole sideline is blowing up right there,” Baldinger said. “It’s a third and 22, they’re trying to get a couple yards to punt the ball. They turn those two fumble recoveries into six points. The offense struggles, but they got them in field-goal position so they didn’t have to do a lot. They got six points, it was the difference in the game.

The Giants don’t even have their best players available to them and they’ve been finding ways to win. It’s a refreshing change of pace for them.

“It’s amazing because again, to your point, the fancy new things aren’t even on the field. These are Joe Judge’s and Dave Gettleman’s – it’s their roster! It’s the same guys who they couldn’t win a game. They would’ve found 500 ways to lose that game. They would’ve lost that game by 30 points last year with the exact same players! You can keep the scheme, whatever,” La Canfora said. “It is about the effort. It’s about the belief. It’s about the renewed confidence.”

There is a winning culture being built in New York and it all starts with the head coach.

“It’s a cliché, but it is true. When people talk about a culture change, Brian Daboll was a part of that culture change in Buffalo. Now, the quarterback became all-world, but a lot of that is coaching, a lot of that is building around the quarterback the right way, and building it the right way,” Baldinger said. “If you talk about culture change, it starts with belief and faith, and you can tell that these guys, not only do they like him and respect him, but they’re playing for him.” 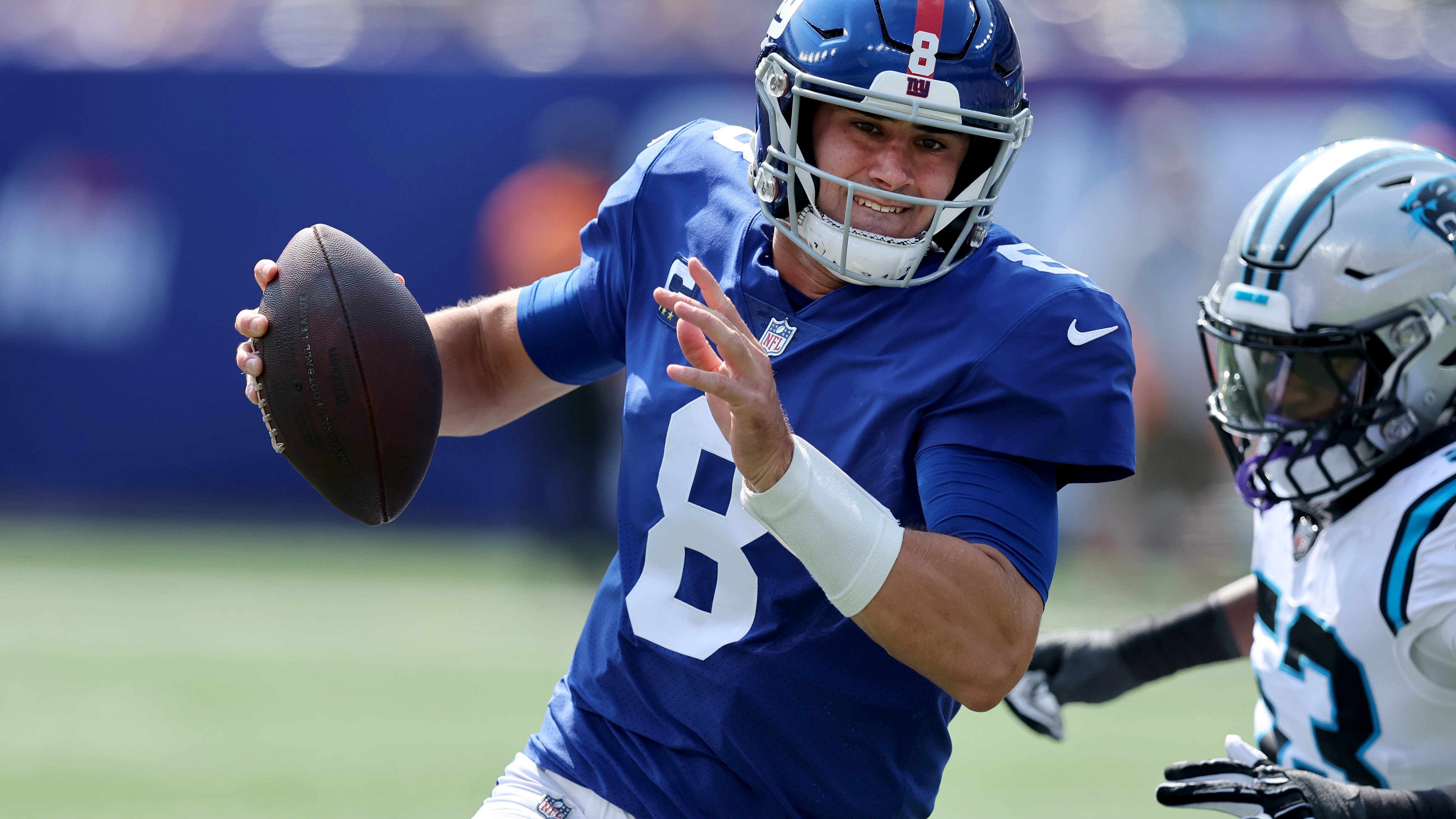