Former NFL quarterback and current NBC analyst Chris Simms says he was wrong to altogether leave Jalen Hurts off his countdown of the top 40 quarterbacks in the league a year ago.

With that said, Simms still has some questions about Hurts, which is why he ranked the Philadelphia Eagles' quarterback as the No. 25 player at his position entering the 2022 season.

"I was wrong last year, I think that's fair to say. He was one of those first few guys off my list, I had questions about him. The way the 2020 season ended, I went 'I'm not sure, I'm not sure he can do it.' He proved to me that he can do it, but within that, I didn't come away watching every Jalen Hurts throw from last year or anything going 'Oh, he's definitely the future. They got it, there's no doubt about it, I was totally wrong.'"

Simms is, of course, high on the presence that Hurts has as a leader, which he's drawn almost universal praise for dating back to when he was playing for Nick Saban at Alabama.

Hurts also was a major reason for the Eagles having the No. 1 rushing offense in the NFL a year ago, as the former second-round pick rushed for 784 yards and 10 touchdowns. He's not Lamar Jackson on the ground, but Hurts is in the next category for sure.

Simms was even complimentary of the decision making that Hurts makes as a passer, but ultimately said that the execution of him making throws remains "below average" for a starting quarterback in his opinion.

Regardless of how exactly you view Hurts as a passer, most would acknowledge that there's still room for growth for him. To get home-field advantage in the postseason and win playoff games, there comes a time where you have to be able to go blow-for-blow with some of the game's elite quarterbacks though the air. Hurts, who will turn 24 in August, isn't there yet.

Howie Roseman and the Eagles have done an excellent job in setting Hurts up to take another step forward in 2022. Jason Kelce is back to anchor one of the league's top offensive lines, and the Eagles added A.J. Brown to a group of pass catchers that already included DeVonta Smith and Dallas Goedert. 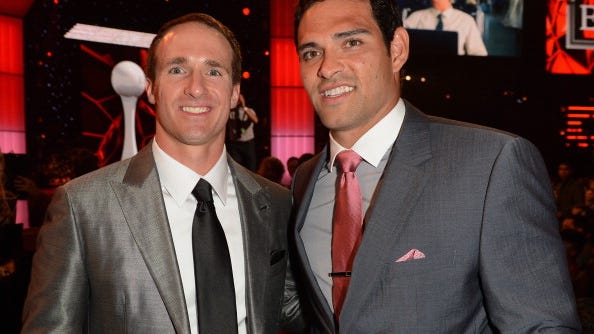 Mark Sanchez emerges as alternative to Drew Brees for FOX's No. 2 NFL booth