Jayson Tatum has accrued a lot of playoff experience at a young age, as he’s now playing in the Eastern Conference Finals for the third time in his five seasons.

He has also racked up a lot of points in his now-66 career playoff games. With 22 points in the Celtics’ 93-80 victory over the Heat in Wednesday’s Game 5, Tatum surpassed 1,500 playoff points for his career.

According to ESPN Stats & Info, Tatum, at 24 years and 83 days old, is now the second-youngest player ever to reach that milestone.

The only player to get there at a younger age? His idol, Kobe Bryant. And in addition to Tatum and Bryant, the only other players who have gotten to 1,500 playoff points before turning 25 are LeBron James, Kevin Durant and Tony Parker.

There’s obviously an element of needing to play a lot of playoff games at a young age baked into a stat like that. Tatum was a high draft pick by a team that had already gone to the conference finals the year before he joined them, so yes, there’s a built-in advantage.

But it’s impressive nonetheless, and it’s a reminder that what we’re seeing from Tatum at this age is pretty special.

It’s also worth pointing out that Tatum has the chance to do something this year that none of those other four in the under-25, 1,500-point club did: Lead the team that drafted him to a championship as the clear No. 1 before turning 25.

Bryant and Parker both won multiple titles before turning 25, but Bryant had Shaquille O’Neal and Parker had Tim Duncan. James and Durant both needed to leave their original teams and join or create super teams to win their first title.

The Celtics may have been Kyrie Irving’s team when Tatum first arrived, but that era (or error) has since ended, and they are clearly Tatum’s team now. He is not just their No. 1, but he’s now one of the very best players in the NBA, as evidenced by his All-NBA First Team selection this week.

The individual stats and accolades are nice, but the biggest prize is still in front of Tatum. He and the Celtics are now one win away from advancing to the NBA Finals for the first time in Tatum’s career and the first time for the Celtics since 2010.

Game 5 was a great example of the improvements Tatum has made that have helped the Celtics get here. In the first half, he couldn’t hit a shot, shooting just 1-of-9 from the field. He appeared to re-aggravate the nerve impingement he’s been dealing with, too. But he still helped the Celtics keep it close by moving the ball and finding teammates that were having a little more shooting luck, racking up five first-half assists in the process.

JT to Al for 3️⃣ pic.twitter.com/mpxorlsaKn

Then in the second half, Tatum got hot and helped the C’s pull away. He put up 18 points on 6-of-11 shooting, got to the line six times, and added eight rebounds and four assists. He finished the game one assist shy of a triple-double.

Jayson Tatum on tonight's halftime discussion: "We basically talked about: How much does it mean to us?"

If Tatum keeps it up, the Celtics will have a good chance to close out the Heat Friday night at TD Garden. And if he’s at his best in the Finals, he just might end up with a lot more to celebrate than First Team honors or 1,500 points. 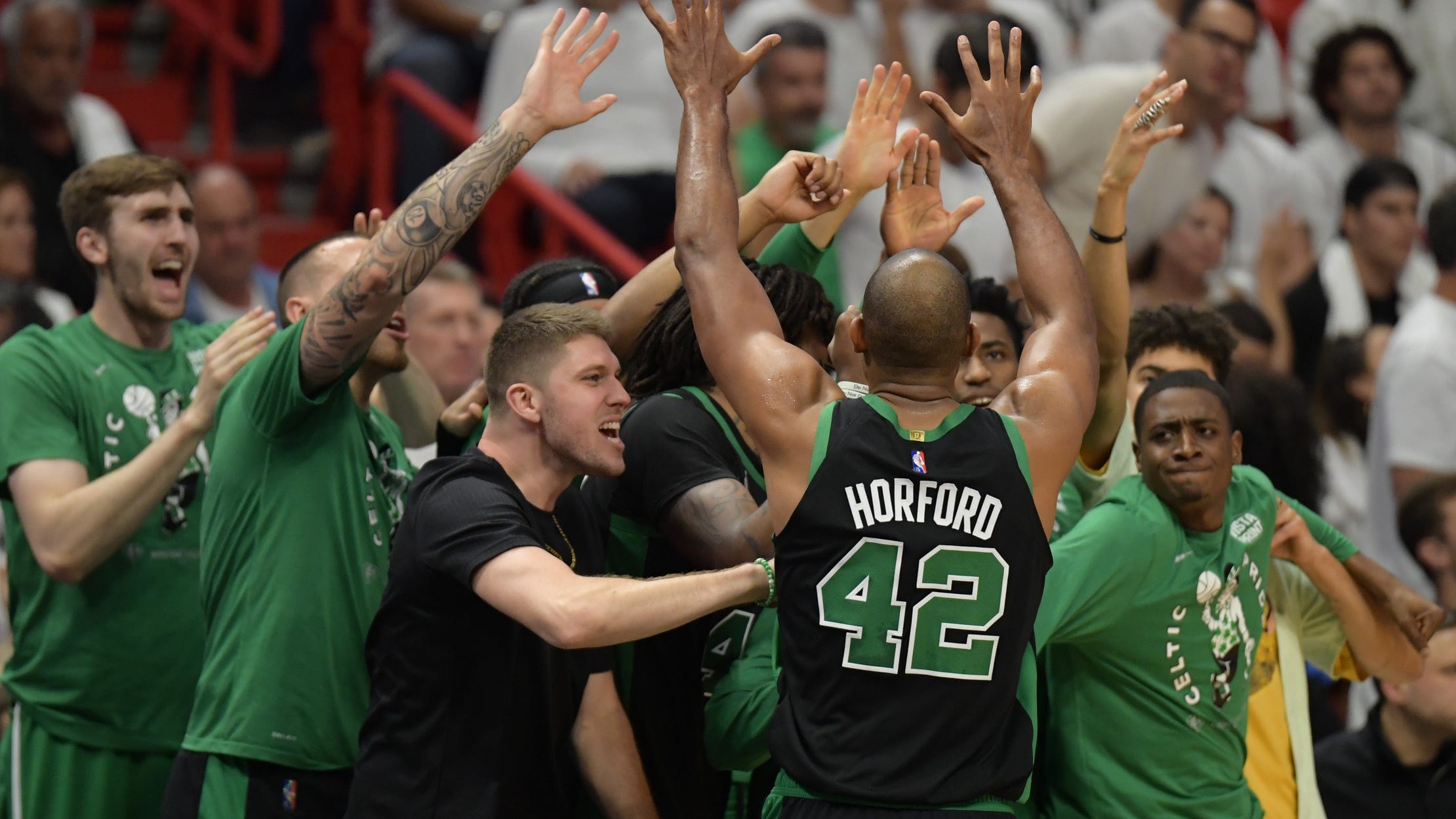 The night the Celtics found another 'Big 2'