The sage and veteran Warriors have extinguished three of the league’s brightest stars in their latest run to the NBA Finals.

First was two-time reigning MVP Nikola Jokic and the Denver Nuggets. Then it was NBA’s Most Improved Player Ja Morant and the Memphis Grizzlies. For their latest disappearing act, the Warriors ended the season for Luka Doncic and the Dallas Mavericks.

After the 120-110 loss to Golden State in Game 5, Luka acknowledged the greatness on the other side of the court, as the Warriors have made their sixth NBA Finals in the past eight years with Steph Curry, Draymond Green and Klay Thompson.

“You can see the championship team that the Warriors are, and we've got to learn how to be that,” Doncic said. “They were amazing every game. They were there and they deserved to win.”

"Nobody has us here but, I promise we fought until the end."@dallasmavs | 📺 BSSW | #dALLasIN | #NBAPlayoffs pic.twitter.com/DOp8CQeOus

The Warriors knew Luka would get his numbers, but they wanted to make him work for it. Andrew Wiggins shut him down in Game 1 and frequently picked him up for all 94 feet. Other players like Thompson, Green, Kevon Looney and even Nemanja Bjelica found themselves locked up on Luka at times throughout the series.

Speaking of defense, Luka said that’s an area where he’d like to improve.

Doncic is only 23. Like the Grizzlies, the Mavericks seem to be building a Western Conference nemesis for the Warriors in the coming years.

Ultimately, Doncic didn’t have enough support, as he’s something of a lone star with Dallas. Role players like Dorian Finney-Smith, Reggie Bullock, Jalen Brunson and Maxi Kleber helped the squad upset top-seeded Phoenix in the second round, but it’s hard for them to sustain that type of production for a title run.

The Mavericks should be proud of their improbable postseason push, but Kidd acknowledged that personnel changes are probably in store this offseason.

“This is just the start of the marathon or the journey, however you want to look at it,” Kidd said. “There are decisions to be made, but that’s out of my pay grade. That’s up to (owner Mark) Cuban and (general manager) Nico (Harris).”

Kidd, who is a Bay Area basketball legend, impressed in his first season as head coach with the Mavericks. They slowed down their pace and let Luka take over the show in his fourth season as an NBA superstar.

Steve Kerr and Steph have built something special in their eight seasons together. That’s the ultimate goal for Luka and Kidd.

“Congratulations to (the) Warriors,” Doncic said. “They were obviously the better team.” 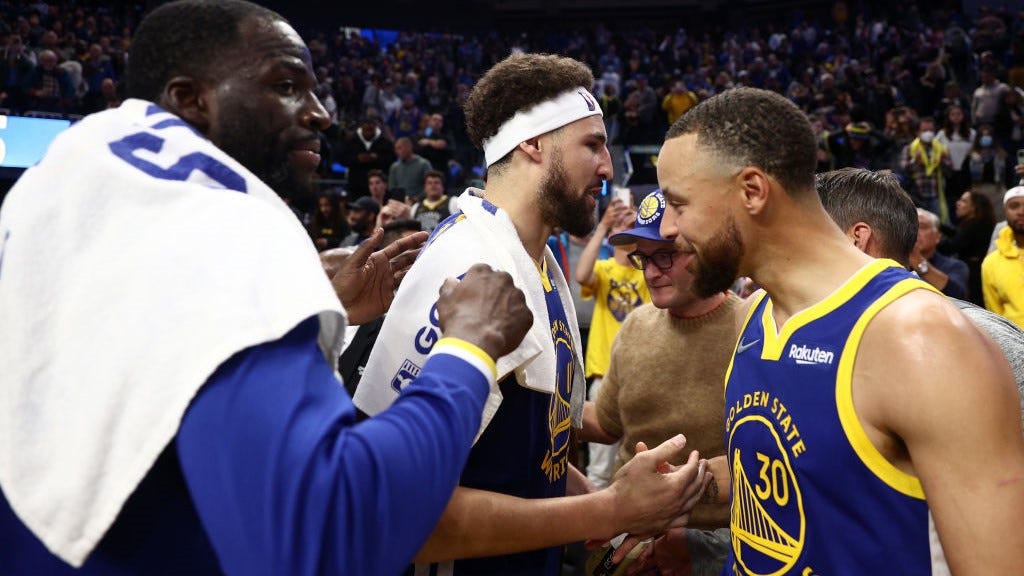