Selecting MLB’s all-time greatest players is an inherently subjective exercise. It requires sifting through stats from disparate eras (the dead-ball era, the steroid era, etc.) and putting them into context, while considering intangibles, historical importance and other difficult-to-quantify factors.

All of those things went into our picks for the 10 best players in baseball’s long, long storied history. Your mileage may vary; in fact, there’s a good chance many of your favorite franchise’s biggest icons didn’t make the cut.

And, of course, the calculus shifts with time. A handful of active players—most notably the Los Angeles Angels’ Mike Trout—could easily crack the top 10 when they hang ‘em up. Entering the 2021 season at age 29, Trout’s 74.6 WAR already ranks 81st all-time by Baseball-Reference’s calculation, ahead of multiple Hall of Famers.

Quibble if you want (that’s part of the fun). But you’d be hard-pressed to argue the 10 players listed here don’t belong squarely in the conversation. Let’s count them down, beginning with 10 and ending with our choice for MLB’s GOAT.

Greatest Baseball Players of All Time

All statistics, including WAR, are courtesy of Baseball Reference.﻿

The first of two PED-tainted players we’ll encounter on this list, Roger Clemens was one of the greatest pitchers to ever toe the rubber—alleged chemical enhancement aside. 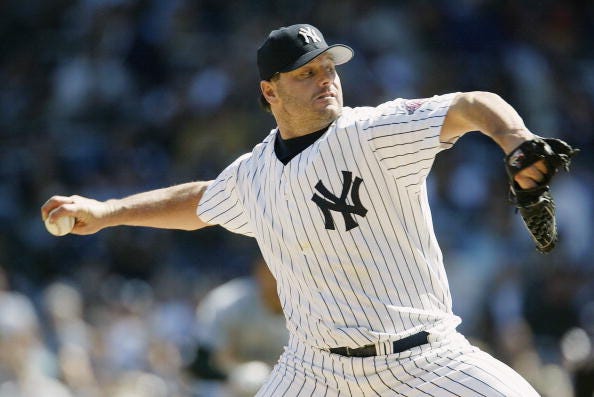 Over a 24-season career, Clemens posted a 3.12 ERA and 143 ERA+ along with a 354-184 record. His 139.2 career WAR ranks eighth all time and second among pitchers. The Rocket also won seven Cy Young Awards spanning three separate decades and was named the American League MVP in 1986 with the Boston Red Sox.

How much did PEDs help him achieve that elite success and pitch effectively until age 44? We’ll never know for sure.

Lou Gehrig played in the shadow of a certain New York Yankees teammate who (spoiler alert) we’re going to encounter later. But the Yanks first baseman carved out his own indelible place in baseball lore.

He was forced to retire after his age-36 season because of the illness that would come to bear his name, leaving a tragic what-if at the end of an undeniably brilliant career.

Stan “The Man” Musial was selected to an eye-popping 20 All-Star teams and won three MVP awards during his brilliant 22-year MLB tenure.

And while this shouldn’t factor too heavily into any GOAT discussion, it’s worth noting Musial spent all 22 of his big league seasons (with one missed in 1945 due to military service) with the St. Louis Cardinals, making him the defining face of one of the game’s most iconic franchises.

No pitcher dominated his era like Walter Johnson. In 21 seasons with the Washington Senators, the right-hander they called “The Big Train” went 417-279 with a 2.17 ERA and 147 ERA+ while throwing 5,914.1 innings, including a record 110 complete-game shutouts.

Again, it was a different era, when pitchers were expected to go far deeper into games. But those last two stats are still astounding.

Add it up, and you’ve got a workhorse hurler whose 164.5 WAR ranks second all time. 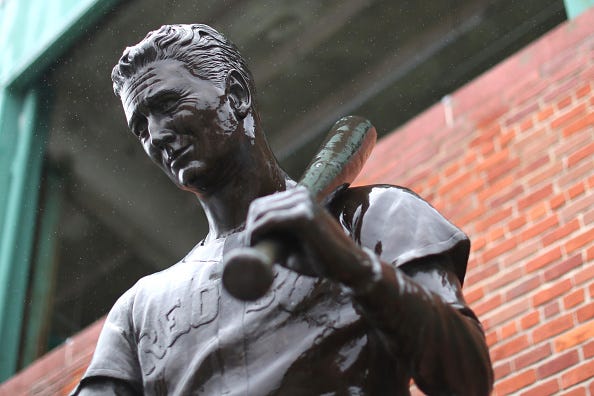 All of that, despite the fact that the Boston Red Sox legend lost three years of his prime between 1943 and 1945 while serving in World War II.

The stories of Ty Cobb’s infamous temper and, shall we say, problematic social views are well known. If we were ranking a list of the 10 nicest guys or best citizens in MLB history, the Georgia Peach wouldn’t make an appearance.

But Cobb’s career has almost no parallel in MLB history.

Hank Aaron will always be remembered as the man who broke the all-time home run record in 1974 and finished with 755 long balls — a mark that stood until 2007.
But Hammerin’ Hank also holds the all-time records for RBI (2,297) and total bases (6,856), was a .305 lifetime hitter and won three Gold Gloves.

He played in at least 112 games every season from 1954—when he debuted as a 20-year-old—until his age-41 campaign in 1975, adding durability to his long list of Hall of Fame attributes.

As with Clemens, there will always be a PED asterisk attached to Bonds in the eyes of many. Fair enough.

What’s not fair is dismissing Bonds as merely another puffed-up steroid-era slugger. Yes, he holds the all-time record for home runs in a career (762) and a single season (73) and may have used unnatural means to achieve those feats.
But for much of his career, Bonds was an incredible all-around (and, by all accounts, all-natural) player, a guy who won eight Gold Gloves and stole 514 bases. 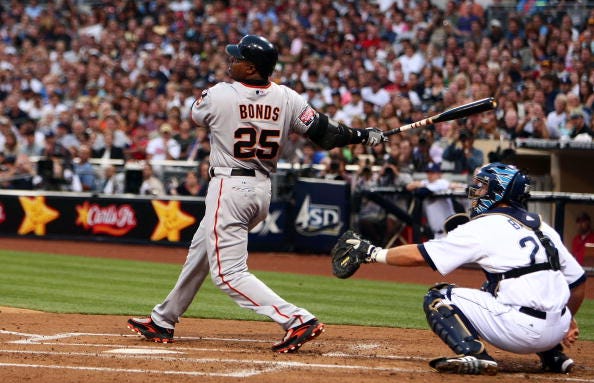 Even if you toss out his cartoonish late-career output, Bonds should have been a first-ballot Hall of Fame lock.

The seven-time MVP is a polarizing figure, but any argument that he wasn’t among the best ever to pick up a bat and glove simply ignores the facts.

Speaking of incredible all-around players, Willie Mays (who happens to be Bonds’ godfather) was the very definition of one.

A gifted center fielder with speed and a howitzer arm (simply picture “the Catch”), Mays won 12 Gold Gloves. He led the big leagues in stolen bases three times and finished with 338 career thefts.

Mays may not sit atop any single statistical category, but no one put it all together like the Say Hey Kid.

Great as they were, all of the other players on this list exist in the collective memory as flesh-and-blood men and is considered by many the best baseball player of all time. Babe Ruth has transcended that status and become a myth, Paul Bunyan and Santa Claus rolled into one cigar-chomping, pinstripe-wearing package. 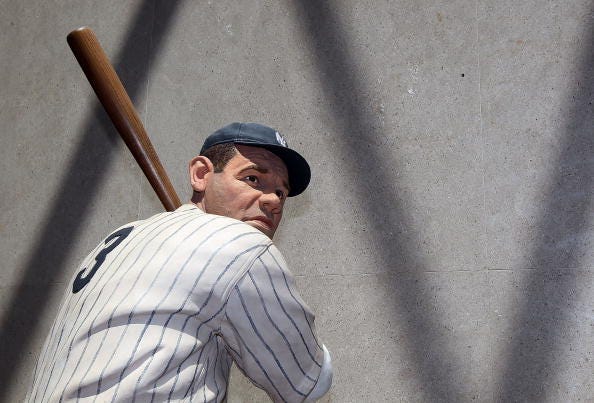 We could note that in addition to being arguably the greatest slugger of all-time, he was a pitcher who finished with a 2.28 ERA and 17 shutouts in 1,221.1 innings.

But Ruth’s status as MLB’s GOAT is about more than numbers. He is synonymous with baseball. When searching for a way to describe his impact on and off the field, one is forced to settle for the adjective “Ruthian.”