Deshaun Watson made his Cleveland Browns debut on Sunday after nearly two years away from an NFL field.

A 27-14 final score may indicate that Watson played decently, but that wasn’t the case. It was the defense and running game that propelled the Browns to victory on Sunday.

Browns beat reporter Daryl Ruiter of the Audacy Original Podcast "It's Always Gameday in Cleveland" explained that it was the rust, not the hostile environment, that caused Watson to struggle in Houston.

“I never really thought – even if it was a very vocal, negative atmosphere – I didn’t think that that was going to throw Deshaun off his game,” Ruiter said (3:43 in player above). “It was going to be the layoff, and he admitted after the game he felt every single one of those days off – 700 between his last two NFL starts.

Watson’s last NFL start was on January 3rd, 2021 in Week 17 of the 2020 season. The rust was evident and perhaps even worse than some may have thought.

“Hopefully, this gets better now as the weeks go on and he gets back into some semblance of a rhythm. But he just basically proved everything I had been saying for weeks and weeks and weeks,” Ruiter continued. “I have been trying to temper people’s enthusiasm, not because of a hating on Deshaun, but just like hey, there’s a reality to this thing and I have to say though, the reality was a lot uglier than even I thought it was going to be.”

Watson went 12-for-22 through the air for 131 yards with an interception. He was sacked one time and had a quarterback rating of 53.4. But it went beyond the stats.

“I didn’t think he was going to look that incredibly bad. He was throwing ground balls to wide-open receivers,” Ruiter said. “Now, some of the ground balls came as a result of him avoiding pressure in flows of plays and things like that, which happen, but when you’ve got plenty of time to square up and let it rip and you still bounce one in there, yeah, I mean that’s going to take him some time to work out.”

Watson and the Browns will likely go over the film and look at his mechanics from Sunday’s win in Houston. Ruiter noted that Watson looked much smoother in practice so he wondered what the mechanical difference was in the game as opposed to practice.

Nevertheless, the 5-7 Browns will travel to Cincinnati next week before hosting the Ravens and Saints in the following weeks. Watson has a few weeks to get up to speed before a hostile matchup in Week 18 in Pittsburgh. 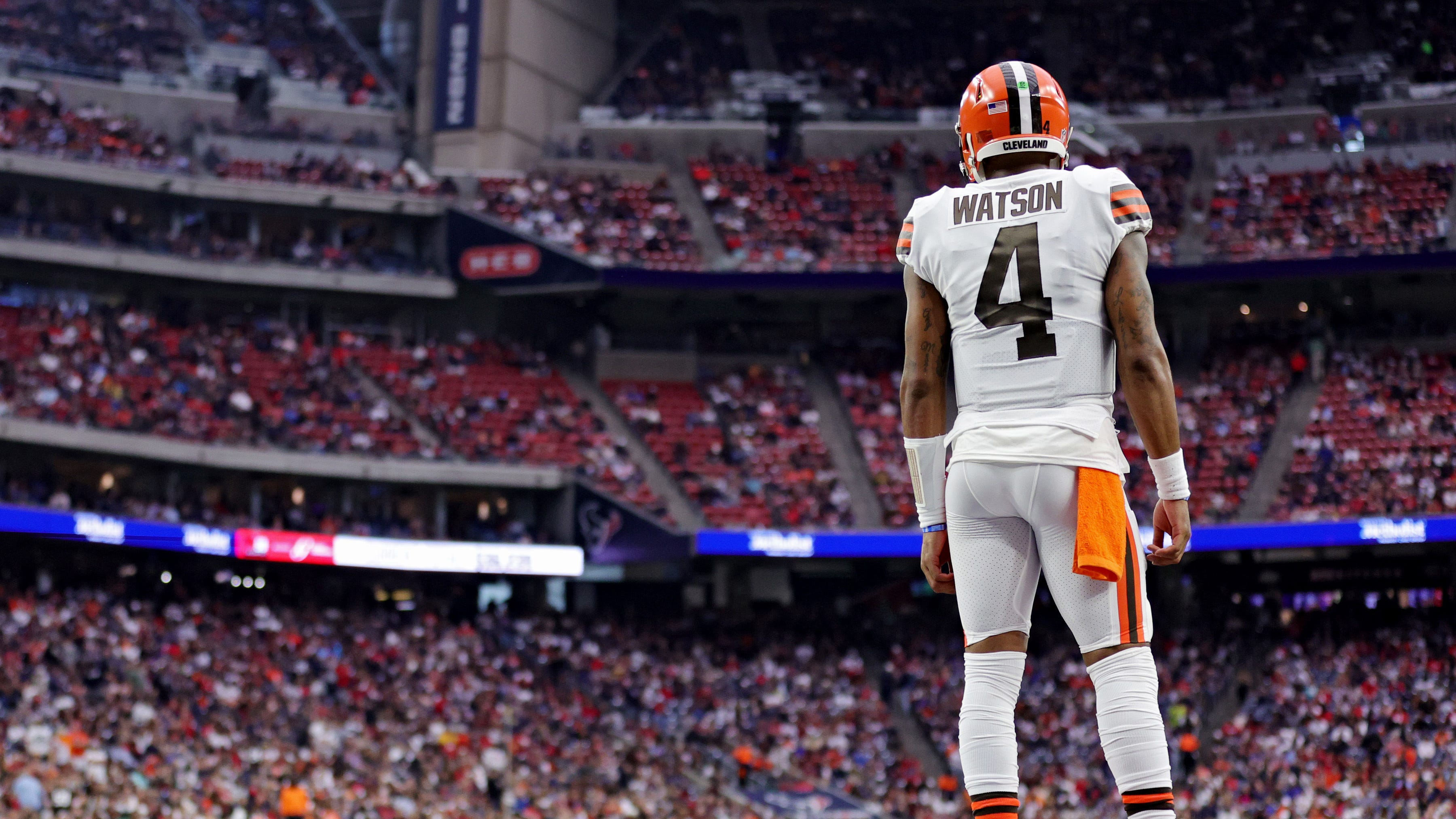 Deshaun Watson booed heavily in first game back from suspension, vs. Texans