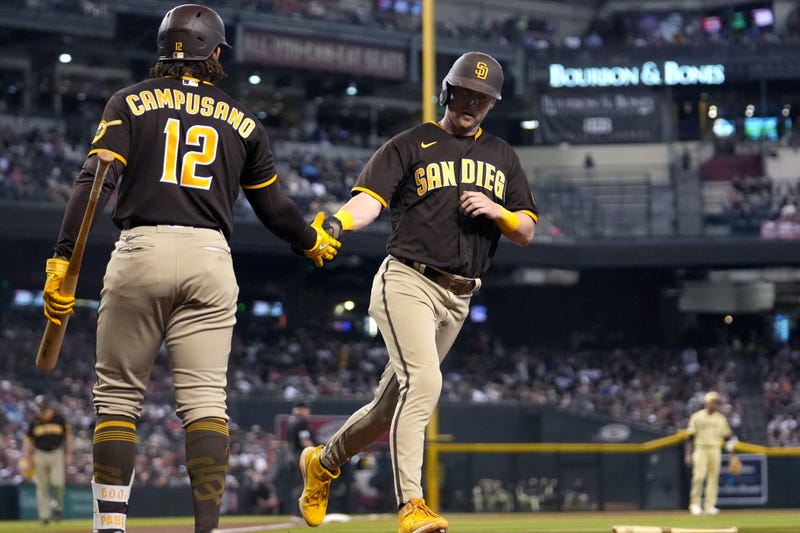 The Padres beat the Diamondbacks for the second consecutive game, with a 2-0 win on Saturday. Joe Musgrove regained his early-season form, striking out 8 over 6 shutout innings. The Padres scored both of their runs in the 4th inning on a sacrifice fly from Ha-Seong Kim and a solo homer from Luis Campusano. The Padres' bullpen was terrific once Musgrove's night was done. Nick Martinez pitched two perfect innings, and Josh Hader closed things out in the 9th, earning his 33rd save of the season. This was Hader's 4th consecutive scoreless outing after struggling upon arriving in San Diego. The Padres will look to put an exclamation point on this series with a 3rd consecutive win on Sunday afternoon.

Luis Campusano hit his second MLB homer with a solo blast against Zac Gallen in the 4th inning!

Bob Melvin shared his thoughts on Joe Musgrove's terrific outing and the team's 2-0 win over the Diamondbacks:

Joe Musgrove shared his thoughts on what worked so well for him against the Diamondbacks: