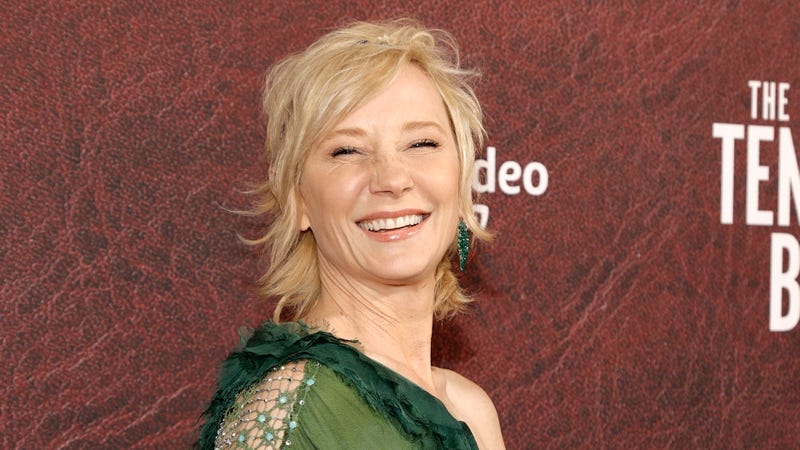 Seven months before tragically losing her life in a fiery car accident, actress Anne Heche shared she had put some thought into who she would like to star in a biopic of her life.

LISTEN NOW: Anne Heche joins the Behind the Velvet Rope with David Yontef podcast and shares who she’d like to play her in a biopic

“I’ve already thought about it,” she shared on the Behind the Velvet Rope podcast with David Yontef. “Miley Cyrus or Kristen Bell. The two of them share a personality, ability to face the world the way that I would want, that I feel like I have and would want portrayed.”

“To go from Disney to Wrecking Ball... that's a pure artist, engaging with the world to give them the best possible time,” she explained. “She's also a great f***ing actress.”

She also commended Bell adding, "I see myself a lot in her.”

Listen to the full podcast episode above to hear more about Heche’s admiration for both actresses.

Heche died earlier this month from injuries sustained when her car struck a home on August 5, causing the home to catch fire.