If you have booked a trip with cruise line companies Princess, Viking, Royal Caribbean, or Norwegian, you may want to reconsider.

Princess Cruises, a branch of Carnival Cruise Lines, said on Thursday that the company will immediately suspend all trips on its 18 ships through at least May 11, reports Business Insider.

A competing company, Viking Cruises, also announced it is cancelling cruises through April 30.

Similarly, Royal Caribbean will suspend all cruises passing through the United States for at least 30 days as the country declares a national emergency, the company announced on Friday.

Cancellations will happen due to the rapid spread of the novel coronavirus, bringing cases to over 120,000 worldwide, and over 1,000 in the United States.

Recently, a Princess Cruises ship was placed in quarantine, docking in Oakland, California on Monday, after two passengers from a previous trip tested positive for COVID-19.

On Wednesday night, President Donald Trump said the U.S. will suspend all travel from Europe, excluding the U.K., starting Friday for 30 days amid the coronavirus outbreak. 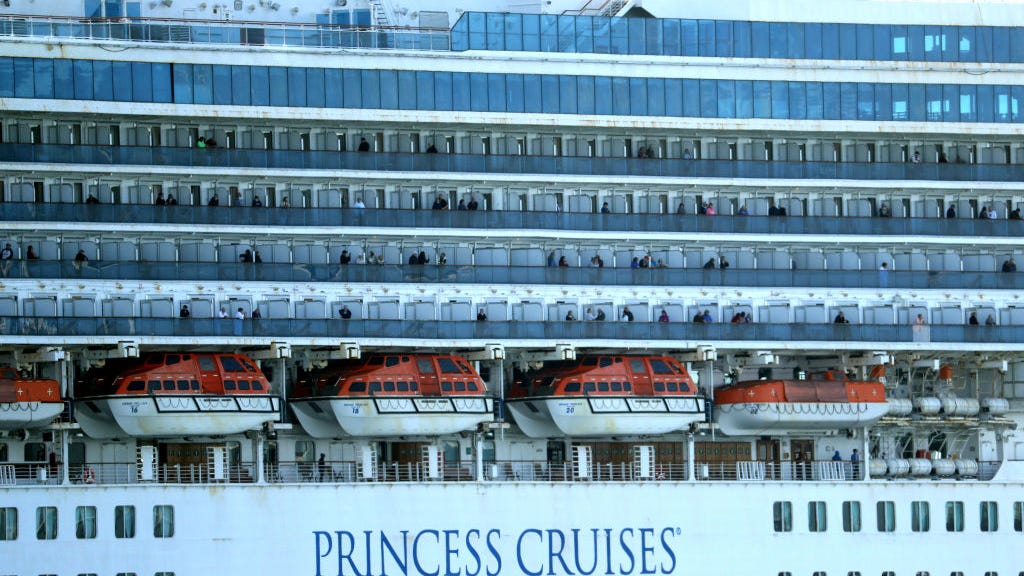 In a press release, Princess Cruises said that “passengers currently onboard a cruise that is set to end within five days will sail as expected.”

Trips underway that are scheduled to end after March 17 will be ended at "the most convenient location."

"It is our intention to reassure our loyal guests, team members and global stakeholders of our commitment to the health, safety and well-being of all who sail with us, as well as those who do business with us, and the countries and communities we visit around the world," Jan Swartz president of Princess Cruises, said in the release.