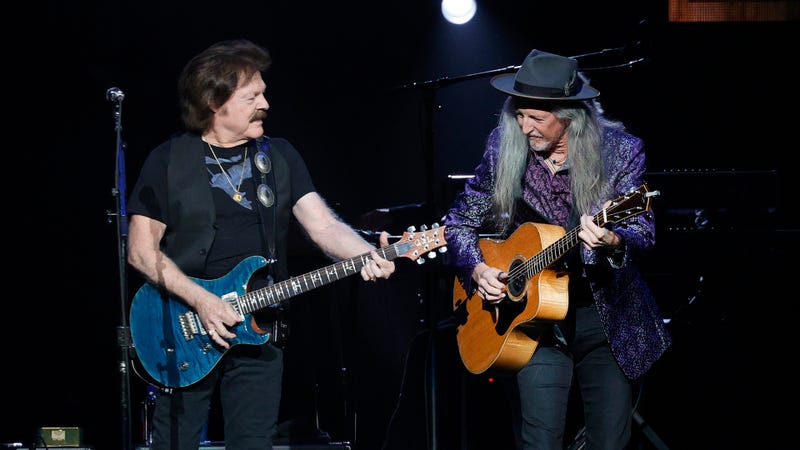 On the latest WTF with Marc Maron podcast episode, The Doobie Brothers founding members Tom Johnston and Patrick Simmons dropped in to discuss the group's longevity after a full five decades of growing, evolving, and turning out hits.

Longtime Doobie Brothers guitarists/vocalists Johnston and Simmons recently released their first memoir, Long Train Runnin': Our Story of The Doobie Brothers, featuring true tales of their ascension in the industry alongside American Rock contemporaries like The Grateful Dead and The Allman Brothers, their possible disbanding only seven years in following Johnston's health issues, and the many ways Simmons and Co. managed to keep the band together for 50 years.

Speaking on the band's long lasting career, "Most of our albums that were successful albums have sold probably equally, give or take, more or less," says Simmons. "What happens is you get a certain record that gets played on the radio a lot and then boom, you sell a lot of records. Over time, people revisit the band, and they go, 'well, I love that record, but I don't have this one'... suddenly 'Toulouse Street,' which was arguably our first successful record, it sells quite a bit more." Simmons adds, "We just put out an album last October, and suddenly a couple of other albums are back on the charts."

Listen to the full WTF with Marc Maron episode featuring The Doobie Brothers, now playing on Audacy -- and follow along for more revealing conversations with your favorite comedians, actors, directors, writers, authors, musicians, and folks from all walks of life.

Listen to The Doobie Brothers Radio, now on Audacy

While you're in the mood, browse and favorite some of Audacy's all-new stations like The Doobie Brothers Radio, The 60s, The 70s, 80s Guitar, Rock N’ Road, Freedom Rock, The Canyon, Arena Rock, Wake Up and Rock, and The Roots of Rock for those who crave the early days.