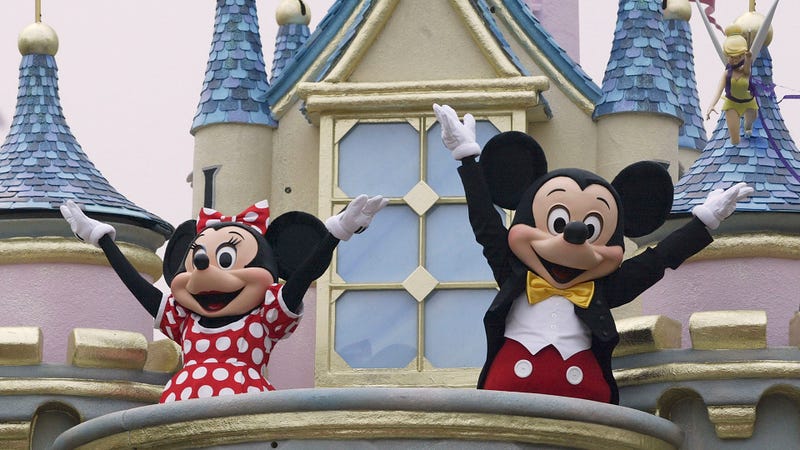 There's nothing like having a healthy obsession! With all of the family fun, friendly characters (even the not-so-friendly -- we're looking at you, Cruella), and fantastical feats found throughout the Disney universe, it's no wonder the soaring soundtracks from our favorite films and TV shows occupy a special place in our hearts.

Listen to all of your favorite Disney music and more now -- curated for fans, by fans -- now playing on Audacy!

Audacy has a special collection of all-new stations -- curated for fans, by fans -- showcasing the biggest, best, and brightest from Disney, including your favorite soundtracks, TV tunes, singers who have made the crossover into Pop, and a whole lot more! Check out these stations below and fully immerse yourself in the world of Disney!

All of your favorite Disney hits, from classic movies and newer ones, like "Encanto." Hear favorites from childhood and your kids’ favorites, from movies like “Snow White and the Seven Dwarfs,” “Cinderella,” “Beauty and the Beast,” “Frozen,” “Soul” and many more.

From the shower to the living room, Disney songs that make you want to sing along. Belt out favorites from “Frozen,” “Mulan,” “The Muppet Movie,” “The Lion King,” “Encanto” and many more. Go ahead, hit the high notes.

Your Disney favorite songs from the 90s. Press play to hear classics from movies like “The Lion King,” “Toy Story,” “101 Dalmations,” “Pocahontas,” “The Little Mermaid” and many more. You’ll feel like a kid again.

All your Disney favorites from the 2000s, queued up to make you smile. Hear from artists like Miley Cyrus, Aly & AJ, Hilary Duff, The Jonas Brothers, Vanessa Hudgens, Selena Gomez and many more. It’s an instant party!

All your Disney favorites from the 2010s, in one place. Listen to Disney 10s for songs from movies and shows like “High School Musical,” “Moana,” “Tangled,” “Cars 3,” “Wreck-It Ralph,” and many more. It’s just what the doctor ordered to keep the kiddos entertained.

Celebrate the LGBTQ+ community with this amazing playlist of Disney hits and anthems! You’ll hear songs from your favorite Disney movies and shows like “High School Musical,” “Hannah Montana,” “Aladdin,” “The Lion King,” “Camp Rock” and many more. Get your Pride on!

Whether you’re looking to focus at work or relax after a long day, Disney Jazz offers a full playlist of Jazz reimagining of classic Disney songs. Press play and get swept into music from movies like “Soul,” “The Jungle Book,” “Alice In Wonderland,” “Cinderella,” “The Princess and the Frog” and many more.

Disney Reimagined is all your favorite classic Disney songs reimagined by many of the biggest artists. Hear Disney tunes as interpreted by Ariana Grande, Sofia Carson, Weezer, Kacey Musgraves, Fall Out Boy and many more. A new take on a classic!

Sing along to your favorite past and present Disney Channel hits. Listening to this station will bring a smile to your face when you sing along with artists like Olivia Rodrigo, Dove Cameron, Ross Lynch, Sabrina Carpenter, Miley Cyrus and many more.

Put on your mouse ears, and turn up Audacy's all-new Disney-themed stations -- now streaming 24/7, 365 on the free Audacy app!