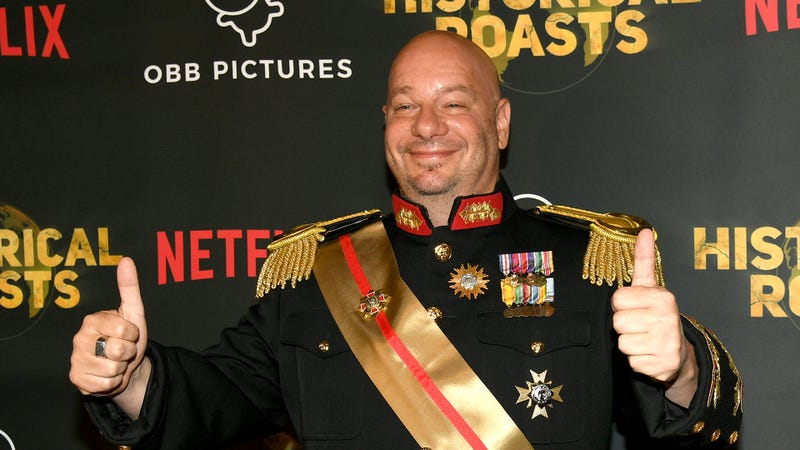 Known across the globe as the world of comedy's 'Roast Master General,' comedian Jeff Ross joins Conan and the crew this week to discuss his esteemed standing, how his perfectly crafted insults take shape, and more on Conan O'Brien Needs A Friend.

On the latest podcast, comedian Jeff Ross sits down with Conan to talk about learning his trade from the great Don Rickles, Jeff's reaction to the Will Smith/Chris Rock slap, plus they get into a discussion about great moments in roast comedy history, and remember fondly some of the iconic performers lost in recent years.

Prior to and especially following the passing of the great Don Rickles in 2017, Ross has managed to carve out an incredible space for himself as entertainment's go-to celebrity roaster. Asked where he gets his insults from, Jeff explains that aside from his cousin Ed and another friend named Ed, a lot of the time he and the entire dais of comics gathered to "honor" their mark have a team of writers on hand to help out. Jeff says he prefers to come up with all of his own material though, bouncing ideas off a select few who know him well.

"I like to hone them with people. If they sound recycled, they start to sound mean or predictable," Ross explains, "but I really want it to be like a suit when I roast somebody: tailor-made just for them."

Remembering Rickles, Ross was honored to be put in the same league, although he never truly felt like he could ever top the master. "He really was the 'Sultan of Insultin'. He did teach me a lot," he says. "There was a few years there where, if you were a big shot having a big birthday, you'd have to have me and Don. He would inevitably go on after me... I'd come in with pages of stuff... I really prepared! And then Rickles goes on after me and makes fun of me for preparing!"

Listen to the full episode above -- now streaming on Audacy -- for a deeper look into the twisted mind of comedian Jeff Ross and the comic minds that helped shape his unparalleled style.