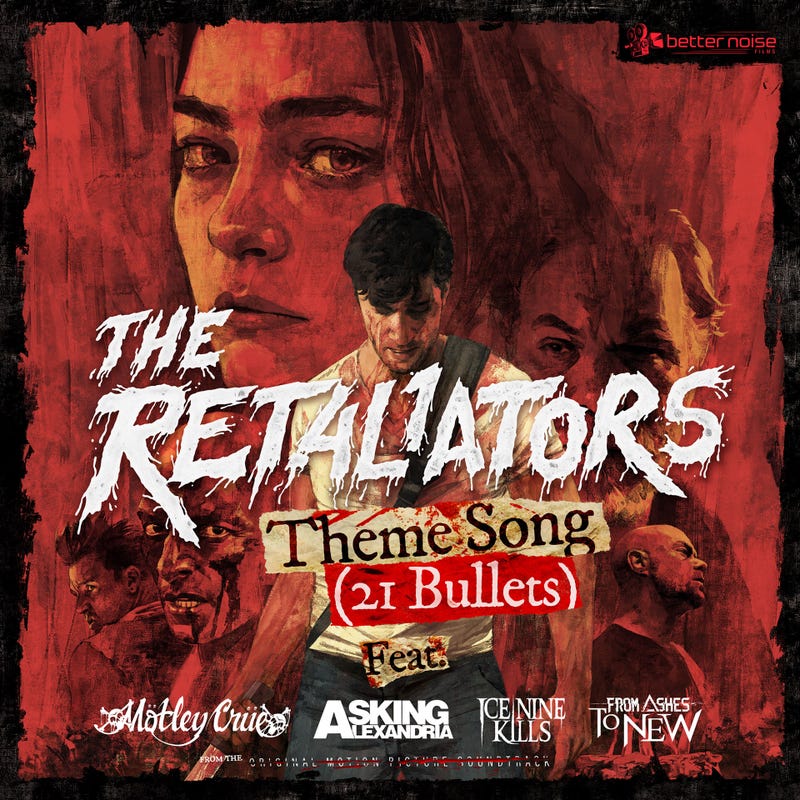 Leading up to the official cinematic release of Better Noise Films' new horror flick The Retaliators on September 14, the folks behind the film are giving you a chance to hear a portion of the blistering soundtrack.

Listen to your favorite music now -- curated for fans, by fans -- on Audacy's Mötley Crüe Radio, Masters Of Metal, and more!

The track -- which you can check out below via YouTube featuring clips from the film -- is featured on The Retaliators Original Motion Picture Soundtrack, also scheduled to hit shelves and streaming services on September 14 via Better Noise Music. Pre-orders are available now -- as well as pre-sale movie tix for the premiere on 9/14 via RetaliatorsMovie.com.

“Writing a new theme song for a horror flick was inspiring,” says Sixx. “This was my first time writing for a horror-thriller film, and it took me in a different direction from the first theme song I wrote – ‘The Dirt (1981)’ by Mötley Crüe. I worked with some great new artists to create a new sound that will stretch Mötley Crüe’s audience to new fans. I had a great time writing it, and I think our fans will love it too!”

Several of Better Noise Music’s roster of artists also appear on the official soundtrack, many of whom make on-screen cameos as well, including Crüe drummer Tommy Lee, Ivan Moody of Five Finger Death Punch, and Jacoby Shaddix of Papa Roach to name just a few. “We have a great lineup of artists on The Retaliators soundtrack,” says Better Noice CEO Allen Kovac. “At Better Noise, we are in the business of bringing music and film together and fans are responding. We’re anticipating a great result.” Take a look at the full 19-song tracklisting and features below.