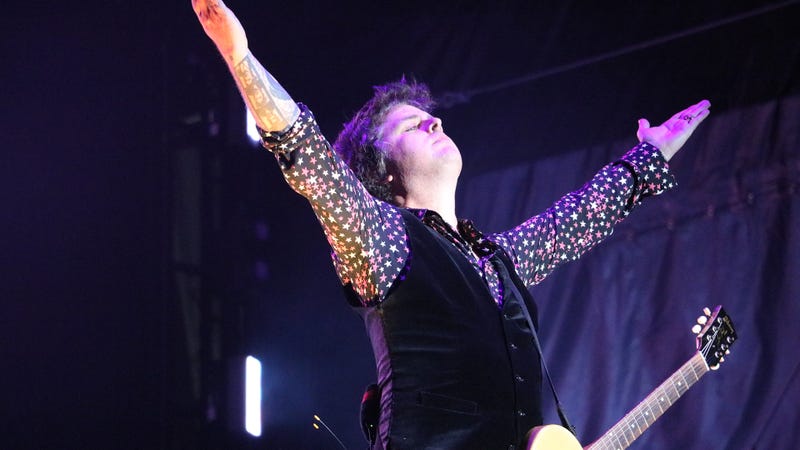 We saw, we heard, and now we’re excited to tell you all about Asbury Park, NJ's star-studded Sea.Hear.Now festival that took place this past weekend on the Jersey shore! The festival’s fourth year didn’t disappoint with performances from iconic headliners like Stevie Nicks and Green Day, to New Jersey native FLETCHER, and iconic sets from Cage The Elephant, Boy George and Culture Club, and more!

The Asbury Park beach scenery was beautiful, the weather was perfect, and the music was unforgettable, so let’s get into it!

We kicked off the festival with Peach Pit. The four-piece band brought electric vibes and a good time to the crowd that sang along with every word. Guitars, hair, and sunglasses were flying on stage, and we loved every second of it. Our favorite performance of the set was during "Almighty Aphrodite” as the guys rocked out with some subtle, yet killer dance moves and gave us a super fun start to our day! 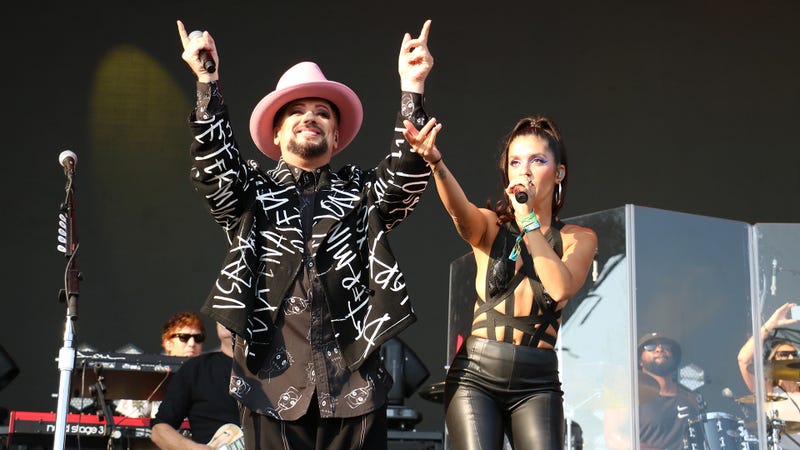 Next up on our list to catch was the legendary Boy George and Culture Club! In typical Boy George fashion, he rocked a big hat with a fun outfit to complement his staple piece. The band took the main Surf Stage by storm and delivered a great performance – from “I’ll Tumble For Ya” to “Karma Chameleon,” Boy George dazzled the crowd with his stage presence as his love for performing shined through. 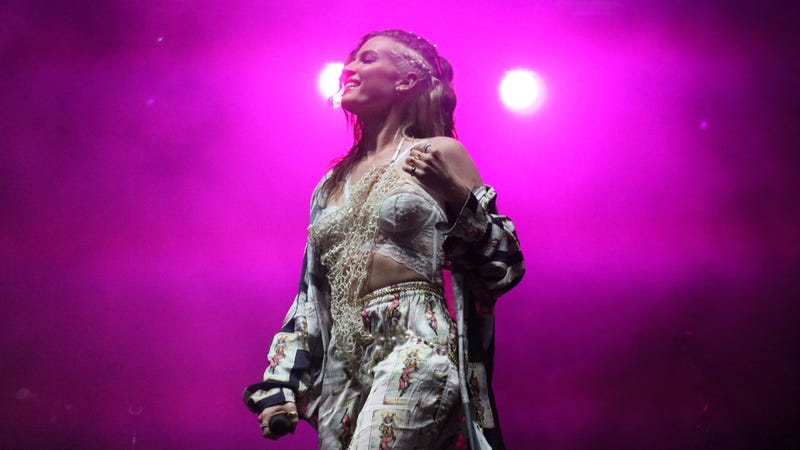 After looking forward to her performance all day, it was finally time for New Jersey native FLETCHER to take the stage in front of her hometown crowd, telling everyone, “This is the coolest, weirdest, craziest thing I’ve ever done.” A day after her debut album, Girl Of My Dreams dropped, this festival that she “always dreamed” of playing was the perfect celebration. She performed new and older fan-favorites from “All Love” to “If You’re Gonna Lie” and “Becky’s So Hot." 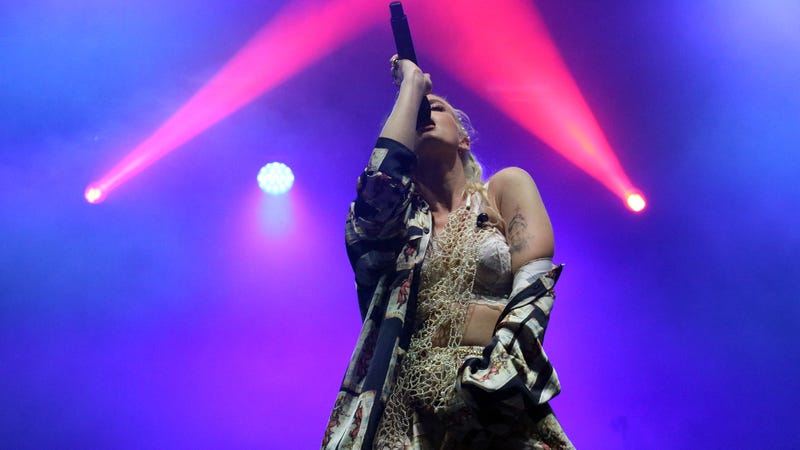 The girl of our dreams

Rising Pop star FLETCHER treated the fans to a Bruce Spingsteen cover of “I’m On Fire” as well as a brand new song about New Jersey! She brought out her friends and family on stage for the exciting full-circle moment as she serenaded thousands of people right around the corner from where she grew up. 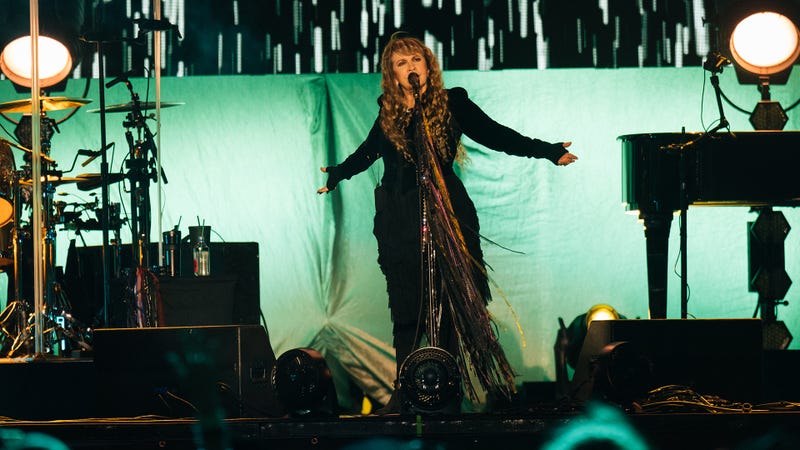 Time to run to the Surf Stage to see the legendary Stevie Nicks, for what we can only describe as magical and spiritual experience, seeing Stevie perform to a crowd of over 30,000 people at one of our favorite beaches was a bucket list item for us.

The icon took the stage and you could hear the roaring crowd for miles. The Sea.Hear.Now audience gave her the warmest welcome with the utmost energy and excitement, with people waiting at her stage dripping in Fleetwood Mac and Stevie Nicks merch since the doors opened at noon. 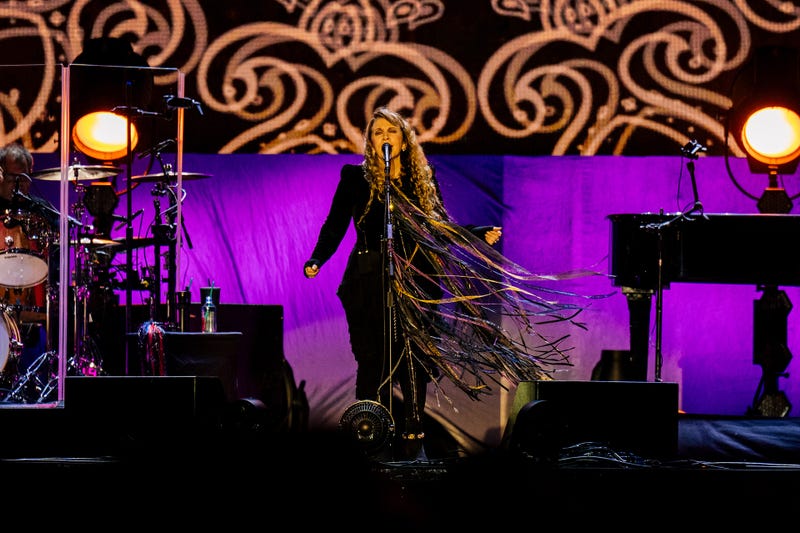 'Can I sail through the changin' ocean tides?'

Stevie performed Fleetwood Mac and her own classics during the hour and half set including, “Edge of Seventeen,” “Dreams,” “Landslide” and a cover of Tom Petty’s “Free Fallin.”

You could feel the energy in the air as she pulled out hit after hit, leaving the massive crowd stunned. Not to be predictable, but our favorite moment of the show was during “Landslide,” which she dedicated to Tessa Fleetwood, Mick Fleetwood’s granddaughter and her goddaughter, who was there to watch her performance. As soon as the first few notes played, the entire beach went silent and took in what was about to happen. All of the conversations and screams came to a halt as everyone softly sang together to a song that means so much to so many people. We’ll remember this performance for the rest of our lives. 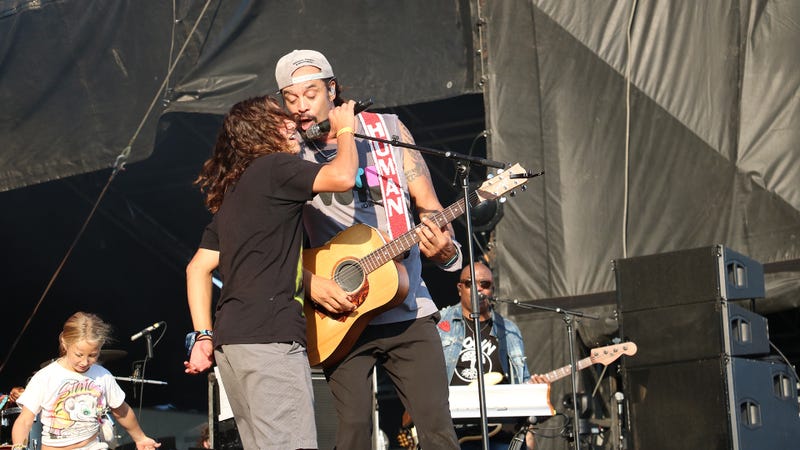 The second day of Sea.Hear.Now was one for the books. First, we had the pleasure of seeing Michael Franti and Spearhead on the Surf Stage, who had the crowd dancing along to every song. In fact, a barefooted Franti even brought strangers together when he requested that the audience introduce themselves to, and dance with, the person next to them!

Franti had a lot of surprises up his (lack of) sleeves too, bringing several fans up on stage to dance, including a group of kids and Jarod Clemons, Jake Clemons‘ from the E-Street Band’s son. 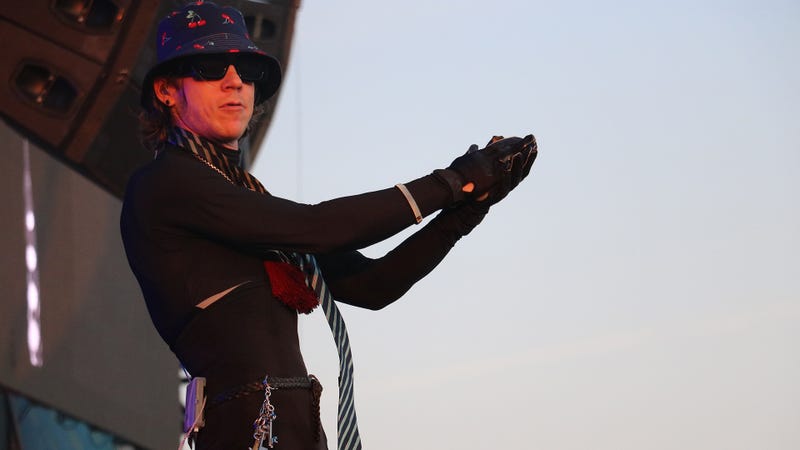 As sunset approached, Cage the Elephant rocked the stage next, kicking off their set with “Broken Boy,” then later breaking into the hits “Cold Cold Cold,” “Ain’t No Rest for the Wicked,” and “Come a Little Closer.”

Cage The Elephant ended their 15-song set with “Teeth,” followed by guitarist Brad Schultz generously handing off his guitar to an ecstatic young fan in the front row. 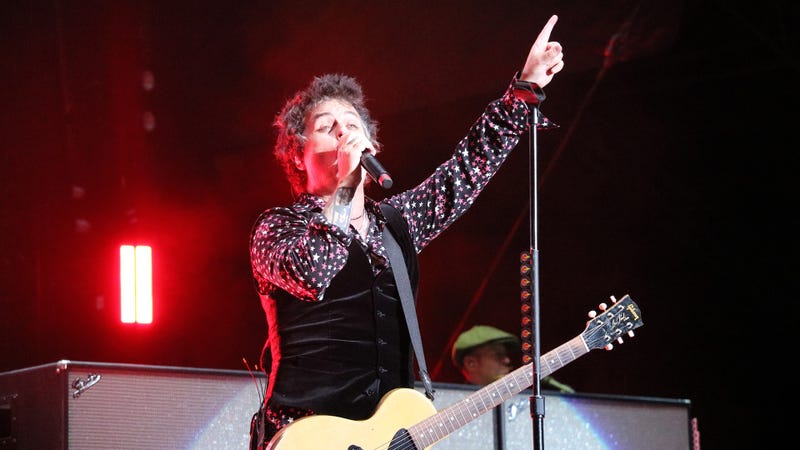 “Any old school Green Day fans out there?” Green Day singer Billie Joe Armstrong asked before bassist Mike Dirnt started the famous “Longview” riff. It seemed like the crowd was singing louder than Billie Joe at this point, as well as their other Dookie faves, “Welcome to Paradise,” “When I Come Around,” and “Basket Case.” They even snuck in an old school favorite, “Disappearing Boy,” from 1990’s 39/Smooth.

The band also brought some company on stage, with one lucky fan picked to sing a verse of their 21st Century Breakdown track “Know Your Enemy,” followed by a hug and kiss from Billie Joe himself. Then, he plucked a kid named Luke out of the crowd to play guitar on their Operation Ivy cover, “Knowledge.” Oh, did we mention he killed it? Billie Joe got the entire crowd chanting “LUUUUUUUKE!” before telling him he can keep the guitar!

We had the time of our lives at #SeaHearNow with @greenday! 🤘 pic.twitter.com/pNVJTvNTVQ

'It's not a question, but a lesson learned in time...'

It was an explosive set, with pyro galore, ending in a display of fireworks – a perfect end to the weekend of music and surfing on the beach.