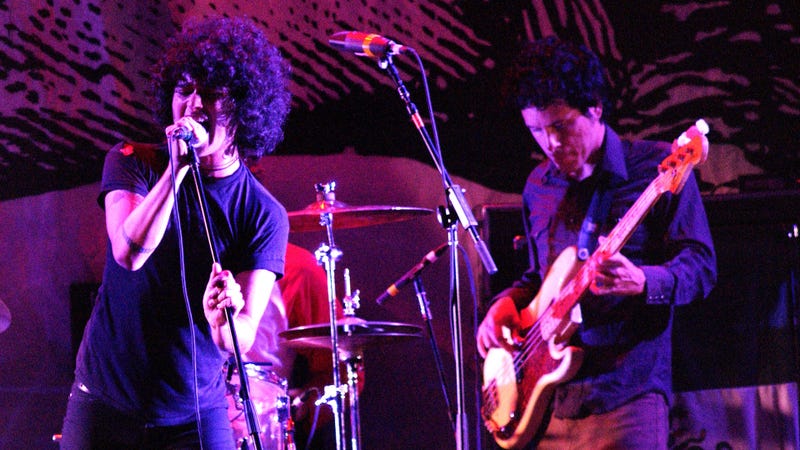 Following a cryptic tease featuring a cube in Los Angeles’s Grand Park, The Mars Volta have officially made their triumphant return offering fans their first new song after a ten year break.

Listen to more of your favorite music now -- curated for fans, by fans -- on Audacy’s Alternalido, and more!

Latin psychedelic rockers The Mars Volta’s brand new, three-minute "Blacklight Shine" arrives with a music video directed by the band’s guitarist, which clocks in at 11 minutes in total.

Although the band dropped a massive box set with unreleased material in 2021, prior to this new single, and after the release of the band’s 2012 album Noctourniquet, The Mars Volta, consisting of members of the beloved post-punk/emo favorites At The Drive In, had closed the book on their long running Latin psychedelic rock project with singer Cedric Bixler-Zavala and guitarist Omar Rodríguez-López choosing to reunite their former band and release in•ter a•li•a in 2017.

Adding to the excitement, The Mars Volta is hitting the road! THE MARS VOLTA TOUR 2022 kicks off September 23 in Dallas, TX, hitting 13 cities in North America, ending October 31 in Los Angeles. See the full list of dates above, and grab your tickets HERE.