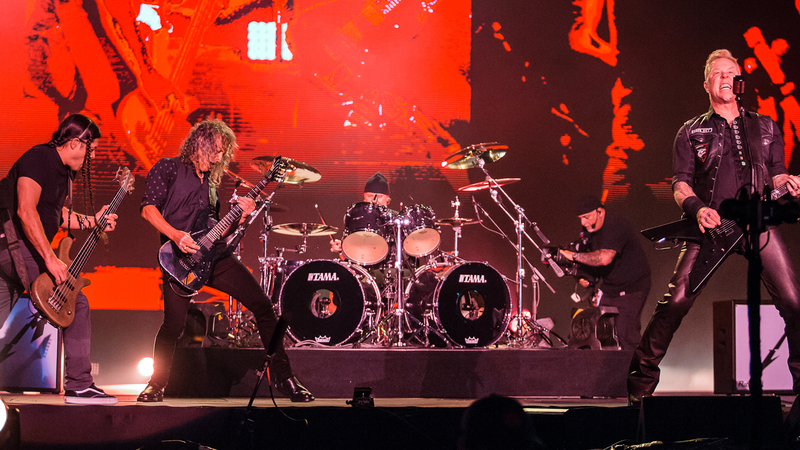 During their appearance on Jimmy Kimmel Live Friday, Metallica read some one-star reviews of their seminal self-titled record, known as The Black Album, not that they matter or actually count — but still.

Currently busy celebrating their album’s 30th anniversary and promoting their new box set and The Metallica Blacklist covers compilation. The men of heavy metal made time for a late night segment where they read out one-star reviews from customers on Amazon. And seeing as the record is 16 times platinum in the US, has won a GRAMMY, and not to mention is one of the best-selling albums of all time, the reviews are questionable, at best. All of which Jimmy made sure to point out.

Lars Ulrich the band’s drummer was the first to read out a review, which assessed: “This is by far one of the most loathsome crimes ever committed against music.” To which Lars responded — “Thank you for sharing that opinion.”

Another review, shared by guitarist Kirk Hammett, said: “Face it people, this album sucks. Anybody who thinks this horrible, atrocious, self-titled suck-o-rama CD is worth four or five stars must be braindead from smoking crack.”

Well then…. Bet those people really regret their hastily made judgy musically uneducated decisions — we totally would.

If those none-sense reviews have gotten you in a Metallica mood, we have just the thing for you. Check out Audacy’s exclusive Metallica Radio station for all their hits and more.

In addition to taking part in the laughable hate fest, Metallica also held an outdoor performance of a couple of tracks including, “Holier Than Thou” and “Wherever I May Roam,” at the Griffith Observatory in Los Angeles.

Watch the full video of the 1-Star Reviews of the Black Album above and check out both of  their performances below.