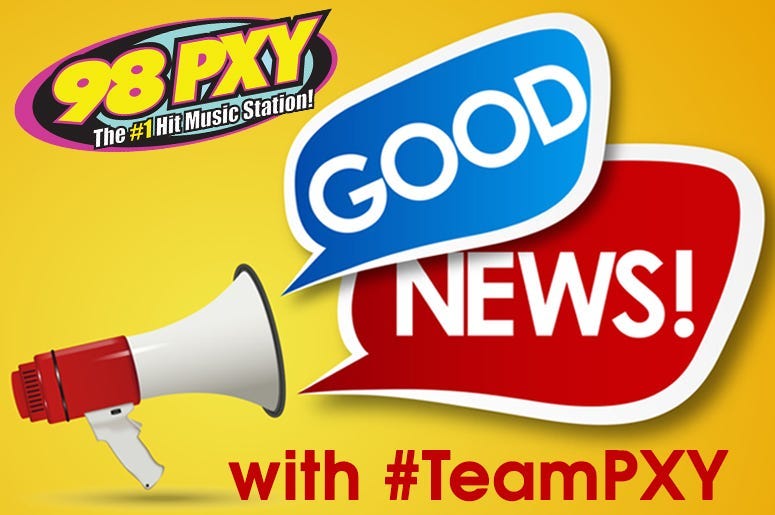 Here are a few more good news stories from the outbreak...

1.  A guy who spent two months in the hospital recently got a surprise visit from his wife after it turned out she had antibodies.  The video is making the rounds online.  And there's also a great part at the end when he finally gets home from the hospital, and his neighbors are outside cheering for him.

2.  A retirement home for veterans in Binghamton, New York couldn't do their normal Veterans Day party this year.  So they posted photos online asking people to send cards and letters . . . and received over 3,000 of them this week.

3.  A Mexican restaurant in the South Bronx called La Morada is in the news, because it's also been operating as a soup kitchen during the pandemic.  They have paying customers, but also serve around 650 free meals a day to people who are out of work.

4.  An 81-year-old guy in Italy couldn't visit his wife in the hospital while she was having cancer treatments.  So he grabbed his accordion . . . sat outside her window . . . and played her favorite song, "Spanish Eyes" by Engelbert Humperdinck.

5.  Dr. Fauci said yesterday that he thinks we'll still be dealing with the virus for a while.  But fairly soon, we might not technically be in a "pandemic" anymore.  He's got high hopes after news this week that the Pfizer vaccine might be over 90% effective.

music
Mudvayne reuniting for fall festival run
news
Moderna dice que tercera vacuna de refuerzo pudiera estar lista en el otoño
sports
Jameis Winston: ‘I went from being the No. 1 draft pick to everybody laughing at me’
sports
What back-end starting additions could the Phillies consider?
news
3 shot, 1 fatally at New York Stop & Shop; police identify person of interest
sports
Ryan Fitzpatrick sent Alex Smith a text after his injury that made him feel like 'biggest a–—– ever'