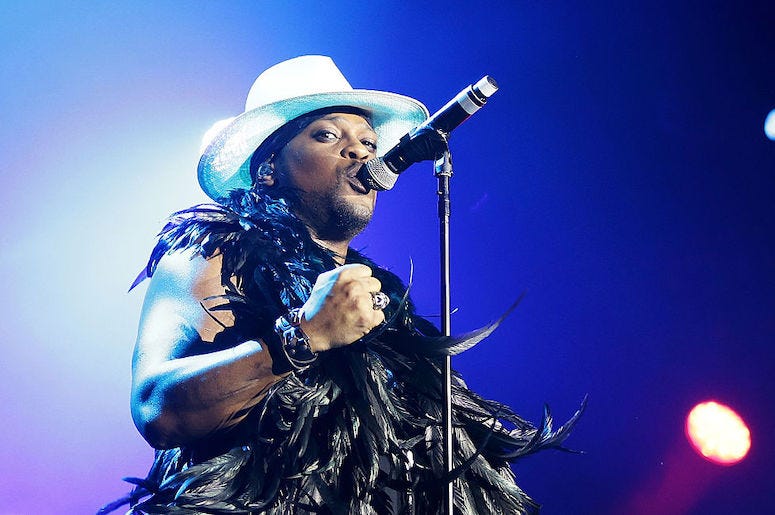 D’Angelo and friends are headed to Verzuz Saturday night. Before what we can easily presume will be a “battle” to remember, we're here to remind you all why the sultry crooner is one of the Godfathers of Neo-Soul.

Just as the worlds of Hip Hop and R&B were blending together sonically to create ‘Hip Hop Soul,’ an era where acts like Mary J. Blige and Jodeci thrived, neo-soul (a sound that merges 70s soul with undertones of Hip Hop and Afrocentrism) began to steal the show. Acts such as Zhané, Groove Theory and Me'shell Ndegéocello’s debut album, Plantation Lullabies served as early introductions to what would be the neo-soul movement of the mid-90s through the early 2000s. 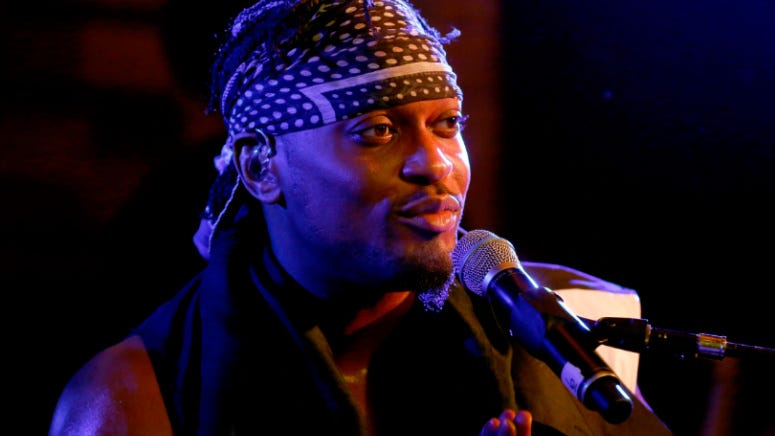 Who will D'Angelo take on for his upcoming 'Verzuz' battle?

However, it was D'Angelo who opened the doors to the movement commercially, with his 1995 debut, Brown Sugar. While he wasn’t the first (note: Stevie Wonder, Prince, Donny Hathaway) who incorporated live instrumentation over sultry lyrics, what Brown Sugar did for what R&B was then was fresh yet familiar. In a 1995 Rolling Stone review of the album, writer Cheo H. Coker stated, “Brown Sugar is a reminder of where R&B has been and, if the genre is to resurrect its creative relevance like a phoenix rising from the ashes, where it needs to go.”

And this is where it went, indeed. Writer and music historian, Naima Cochrane explains where the actual term ‘neo soul’ originated from. “Kedar Massenburg, the Motown exec who managed D’Angelo during Brown Sugar and signed Erykah [Badu], coined the phase “neo soul” specifically to market her, because there was no other descriptive that properly described her sound."

"Clearly, the moniker caught on,” Cochrane states. In 1997, Badu blessed the world with Baduizm (both the studio and live versions) and for years to come, neo-soul was here to stay. Massenburg also brought Eric Benet to the forefront and we can’t forget to mention the beautiful moments neo-soul provided through Maxwell, Jill Scott, Musiq Soulchild, India.Arie, Angie Stone, and the unicorn herself, Ms. Lauryn Hill. If not for D’Angelo’s Brown Sugar gaining commercial success, we might not have gotten the mainstream breakouts of Anthony Hamilton and Alicia Keys.

Brown Sugar gave us “Those Dreamin’ Eyes of Mine” in the similar scope of a Marvin Gaye ballad while his flip of Smokey Robinson’s “Crusin’” gave the Motown legend a run for its money. Yet, it was “Lady,” an intimate classic co-written by one of the “founding fathers of Neo Soul,” Raphael Saadiq, that cemented D’Angelo as one of the best of his era. The song was written for Tony! Toni! Toné!, but the group passed on it. “I remember them saying, 'everything you write is not a hit.' So, I put it away,” Saadiq reflected. Years later, D’Angelo heard the song and after some adjustments, the two created a masterpiece.

By the time, D’Angelo released Voodoo in 2000, the genre was in full force and as beautifully stated by Cochrane, “D’Angelo’s smokey, sexy, retro, musical a** s*** fit solidly in the middle of it.” Okayplayer labeled the album as “neo-soul’s most salient creation.” The album debuted at no. 1 on the Billboard 200 chart. In 2001, Voodoo won Best R&B Album at the GRAMMYs, along with the album’s lead single, “Untitled (How Does It Feel)” taking home the win for Best Male R&B Vocal Performance. Saadiq is credited as co-writer and co-producer. It’s evident that these two are magic together.

“Untitled (How Does It Feel)” is regarded as one of the most provocative and sexiest visuals ever. It also led to D’Angelo stepping out of the spotlight. In an interview with Rolling Stone, he expressed that when the Voodoo tour began, the audience went deaf to the music and only wanted him to take his shirt off. The crooner stated, “It feels good, actually, when I do it near the beginning of the tour. But I don’t want it to turn into a thing where that’s what it’s all about. I don’t want it to turn things away from the music and what we doin’ up there… I’m not no stripper. I’m up there doin’ somethin’ I strongly believe in.”

D’Angelo didn’t want to be reduced to a neo-soul sex symbol because he is the genre personified. He stuck strictly to soul when he broke his hiatus in 2014 with Black Messiah. Many critically analyzed D’Angelo’s resurgence, but the album overall was beautifully melodic and still carried the foundation he built. Its lead single, “Really Love” resonated with Brown Sugar fans-- so much so that Black Messiah won Best R&B Song at the 2016 GRAMMYs while the LP rightfully took home the W for Best R&B Album.

Truly, D’Angelo has nothing to prove because he’s put his all into his work. He is soul, neo-soul, and all elements of R&B rolled into one. With that being said, tune into his Verzuz tomorrow night and see what “friends” he’ll be bringing along.