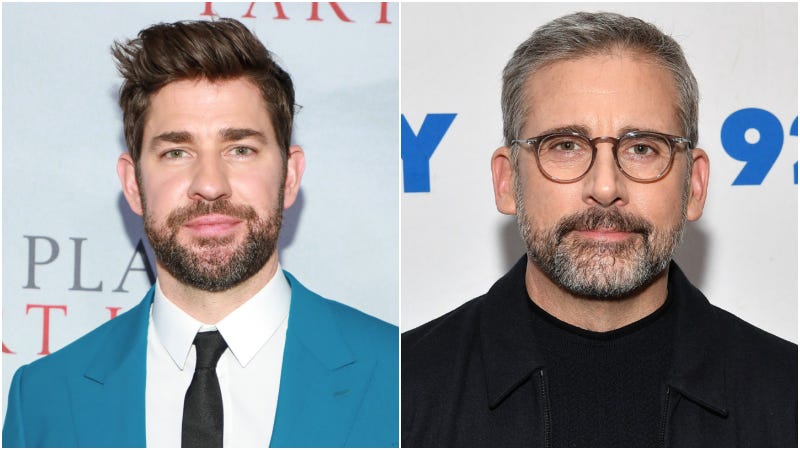 Fans of “The Office” are in for a mini-reunion.

But before you go thinking there's a Dunder Mifflin reboot on the horizon, it’s not that.

As Today reported, "The Office" co-stars Steve Carell and John Krasinski will reunite on-screen in Paramount's new family movie, "If."

It will be the first time the two have appeared together on screen since the end of their beloved NBC sitcom. And that’s something to take notice of for any “The Office” fanatic. No exact plot details have been divulged, but the general story is said to be “based on Krasinski's original idea about a child's journey to rediscover their imagination.”

Krasinski will write, direct, and star in the "If." It has been announced that the cast will include Louis Gossett Jr., "Minari" breakout Alan Kim, and Cailey Fleming ("The Walking Dead" ). That’s in addition to previously announced stars Ryan Reynolds, Phoebe Waller-Bridge, and Fiona Shaw.

Secretive storyline aside, Krasinski could not contain his excitement for the project and went to Instagram to post a cast collage, with the caption, "Ah, what if one day I could assemble my dream cast? What... IF."

Although Krasinski honed his directorial chops with the spooky “A Quiet Place” films, we’re guessing this latest family-friendly venture does not take its inspiration from the brutal late ‘60s British grade school film, “If…” 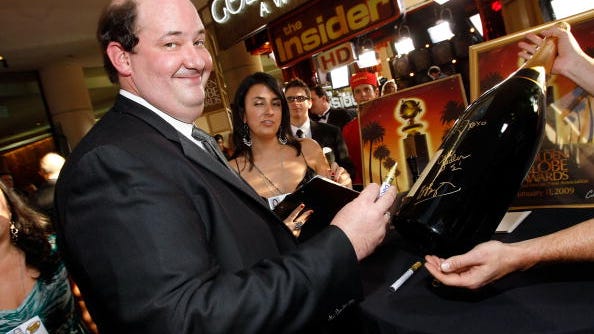 LISTEN: 'The Office' star Brian Baumgartner reveals how the show was 'almost canceled'

“The Office” fans lovingly remember Carell and Krasinski as head-butting boss and worker chums on the iconic sitcom. But both have been so busy post-sitcom that younger fans might be more aware of all their recent work.

Krasinski has had success playing Tom Clancy’s action hero, Jack Ryan, for two seasons on Amazon Prime. And of course his work on “A Quiet Place.”

And while Michael Scott might’ve ditched work more often than he completed it on “The Office,” Carell has become one of the hardest working men in Hollywood. He’s got "Space Force" for Netflix and the critical and commercial hit, "The Morning Show” on Apple TV+. Not to mention consistent film gigs including Jon Stewart's political comedy "Irresistible," Adam McKay's satire "Vice," and Universal's upcoming animated sequel "Minions: The Rise of Gru."