Phoenix's Christian Mazzalai and Thomas Mars dropped by the KROQ studios in Los Angeles this week to talk with host Megan Holiday about what the band has been up to as of late, as fans prepare for the release of their seventh studio album, Alpha Zulu, on November 4.

Phoenix is currently on the road on their Alpha Zulu Tour '22, and just made a stop at L.A.'s YouTube theater, as well as a special appearance on the Jimmy Kimmel Show, where they were surprised to learn just how captivating fellow guest Keanu Reaves truly was. "He does have something," Thomas tells Megan. Adding that Christian's brother, guitar/keyboardist Laurent Brancowitz, was "very charmed... I don't know if you saw his eyes after he talked, but I rarely see that kind of glow," he admits. "There is some power there."

Diving into the recording of their forthcoming album, Thomas explained how, once the band was able to get together amid the pandemic that was raging throughout 2020 and 2021, they were given a unique chance to record inside the Louvre Museum in Paris. "The fear of missing out was huge to me," he says, adding, "It's one thing to be stuck during the pandemic far from your friends not recording, but if the recording studio is this place that you have for a limited amount of time, I was like, 'I need to go!' I think it sort of helped us make the album faster in a way... there was very little chit-chat and we started to record right away, and we came up with a lot of music really quickly. because all that time spent away from each other was somehow frustration and a source of inspiration."

Other inspiring sources were, quite literally, all around the band during the recording, as the closure of the museum due to COVID created a bit of a mess within its walls. Traveling through the wings and finding different ways to their studio gave them a chance to see plenty of displays up close, while their studio itself even became a storage room for artwork and exhibits put on hold. "The art was not just there," Thomas explains, "it was part of our studio. I think it inspired us because everytime we were looking for something, it was around us the same way that there were instruments around."

"We were alone for months in this place with just the guards at night," Christian adds. "We know them all now; we had the keys to open all the doors! It's memories that will stay with us forever."

Check out Megan Holiday's full interview above, and stay tuned for even more conversations with your favorite artists on Audacy. Phoenix's Alpha Zulu drops everywhere on November 4. Check out a list of upcoming tour dates below. 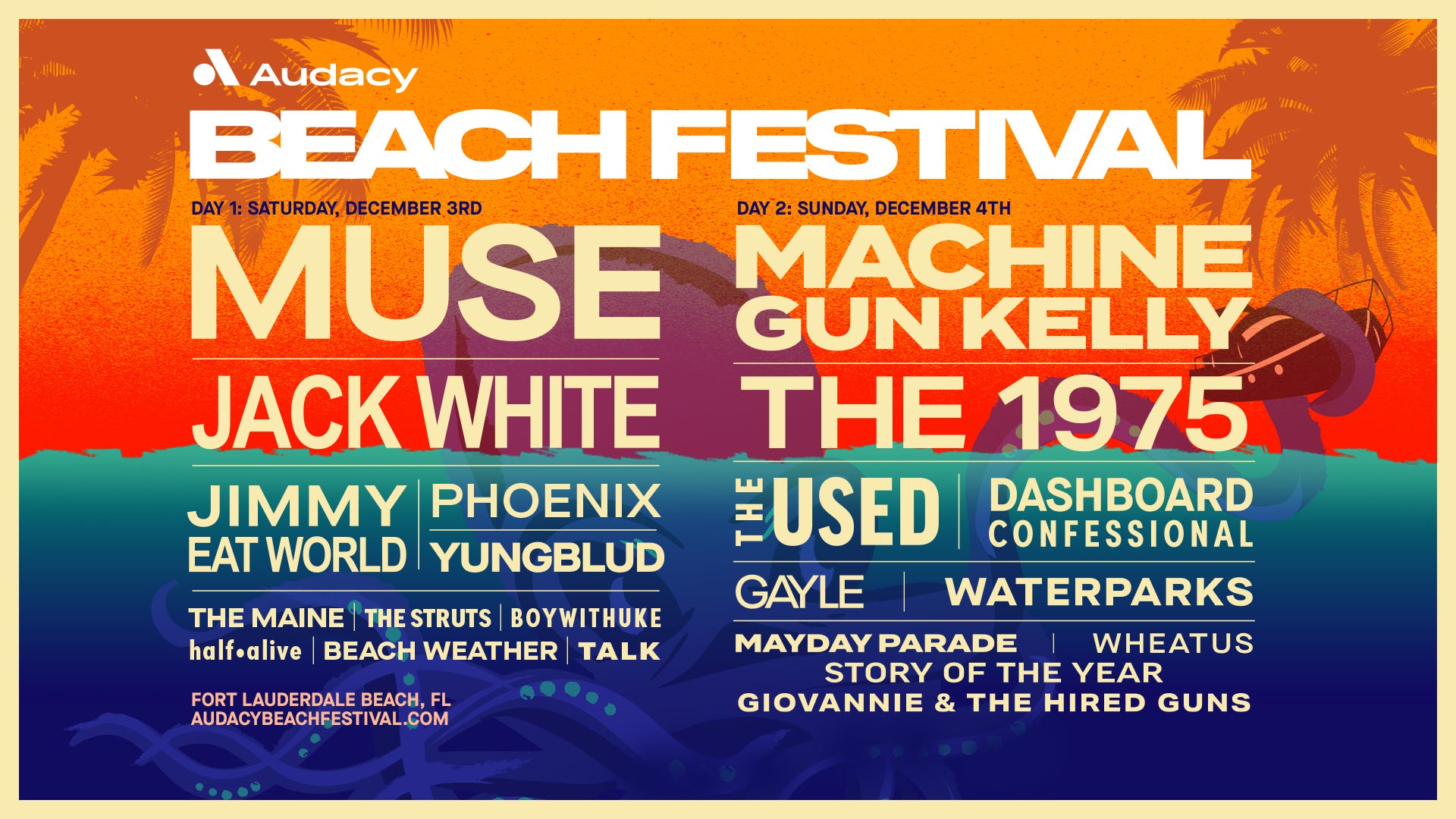 Audacy Beach Festival 2022: See the full lineup and get your tickets

PLUS, don't miss Phoenix live at Audacy Beach Festival 2022, returning to Fort Lauderdale Beach, Florida on December 3 and 4, taking over the sun and sand with performances from some of the best and brightest in Alternative music. Details and tickets HERE.