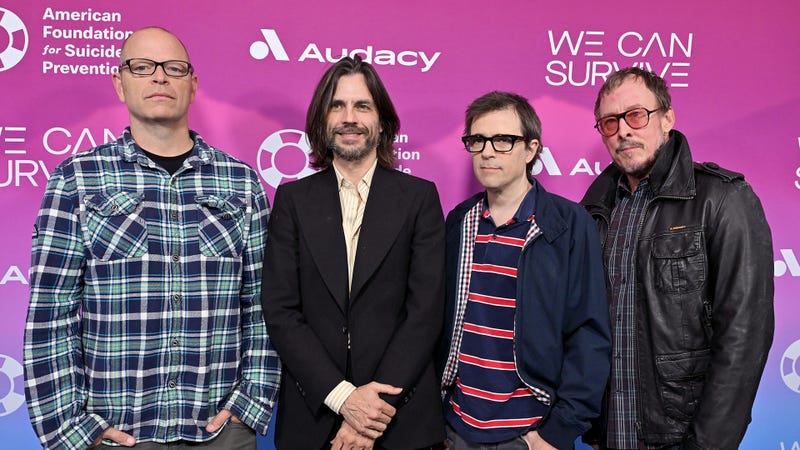 Backstage at this year's incredible We Can Survive concert at L.A.'s Hollywood Bowl on October 12, the guys from Weezer dropped by to talk with host Megan Holiday about their latest project, SZNZ, and more.

LISTEN NOW: Weezer backstage at 'We Can Survive' 2022

"Thanks for getting us in," bassist Scott Shriner said with a smile. after the band revealed this was Weezer's first time playing the iconic Los Angeles venue; another check on "ye olde bucket list," as frontman Rivers Cuomo put it.

Catching fans up quickly on a range of topics, drummer Patrick Wilson first admits he had his own "surreal" moments as well during the recent Taylor Hawkins tributes, performing with legends Def Leppard and Miley Cyrus. "I had the best time... I couldn't have been happier, and I hope Taylor did too."

Moving onto the bands' latest project, their four-part SZNZ offering, Rivers says the idea to split up all of the songs he and the band gathered while writing and recording over the COVID pandemic came simply from a need to present it all as a complete work, while at the same time separating things into digestible chunks. "I started thinking how can I divide these up and how can I unify them," he explains. "I had four folders, so I was like, 'well, what are there four of? Well, there's four seasons.' So, then it was just a matter of writing the rest of the songs." 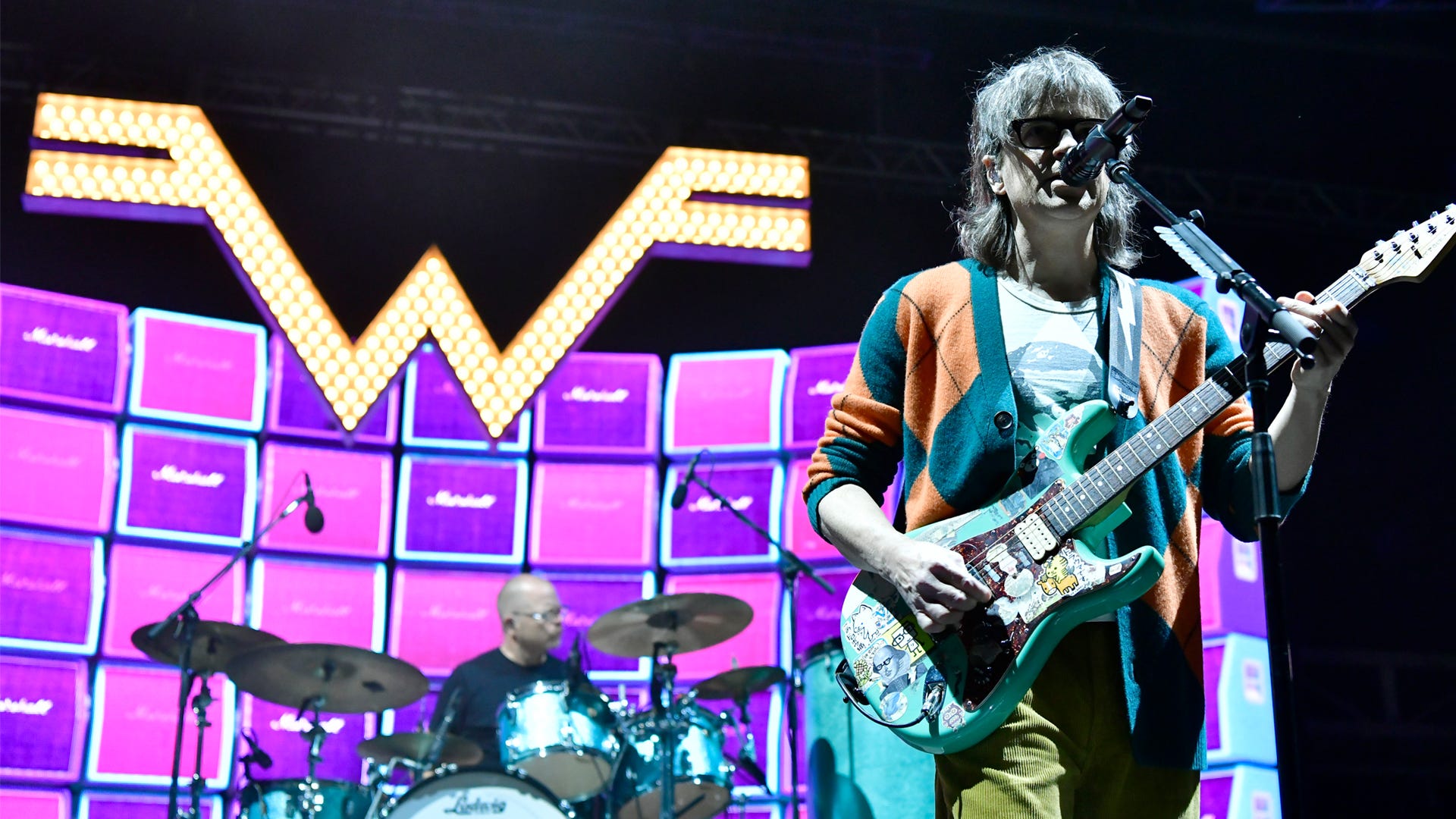 "On the surface, obviously each album has the seasonal language... but also I wanted to distinguish each one with a particular emotion," he continues. "'Winter' is sadness, whereas 'Autumn' was anxiety and 'Summer' was anger and 'Spring' is optimism. It kind of gives four different sides of our personality."

Now celebrating three decades as a band; older, wiser, not taking anything for granted, and having a tried and true system of getting things done is where Weezer currently resides, especially after working so hard over the course of lockdowns and show cancelations. Guitarist Brian Bell adds, "if you count it up we put out six albums during the pandemic... so, it wasn't like we were sitting around crying about not touring." 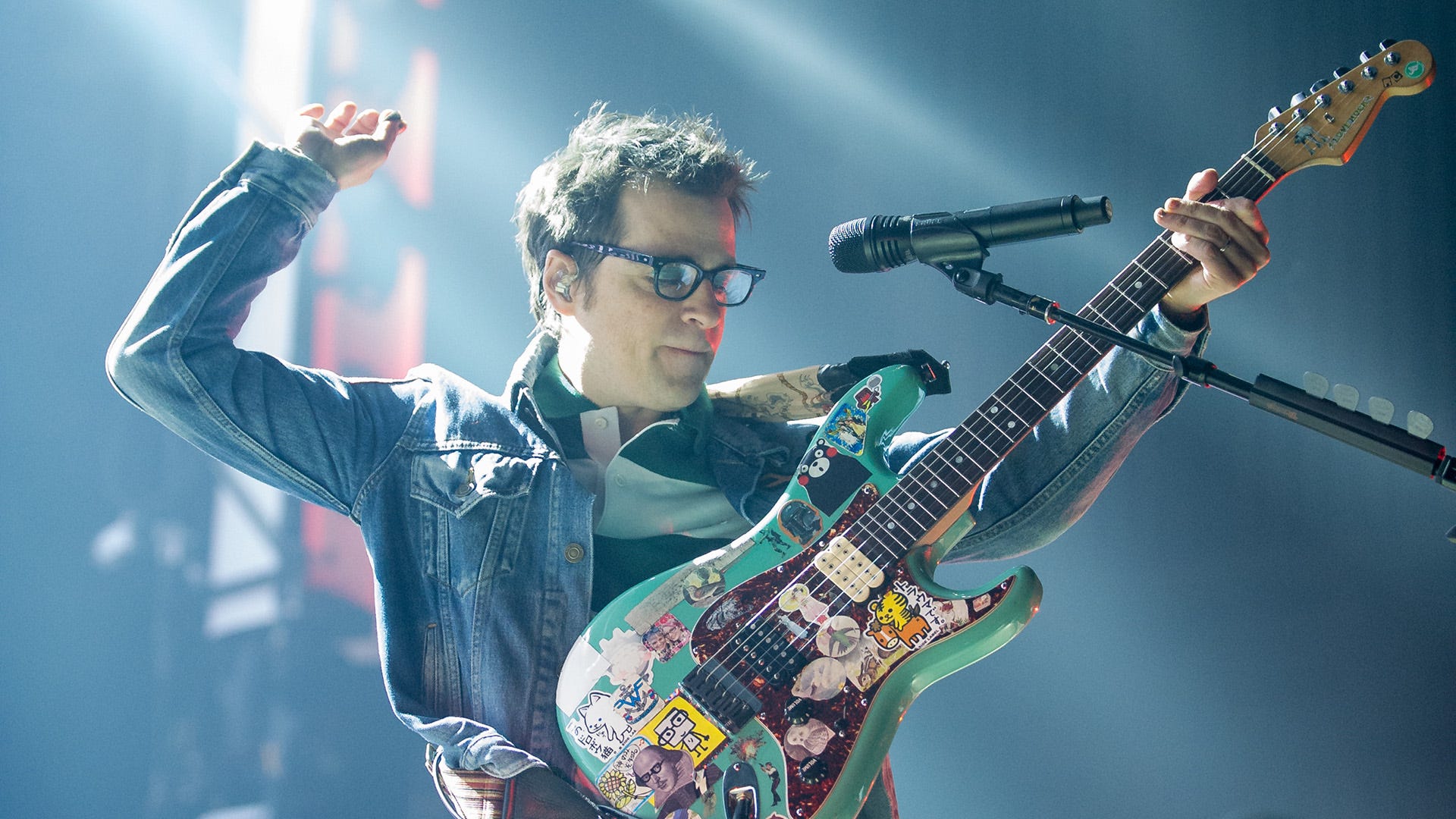 Listen to the full interview with Weezer and Megan Holiday above to fid out what pseudonym the band uses when trying out new ideas and more.

Listen to Weezer Radio and more on the free Audacy app