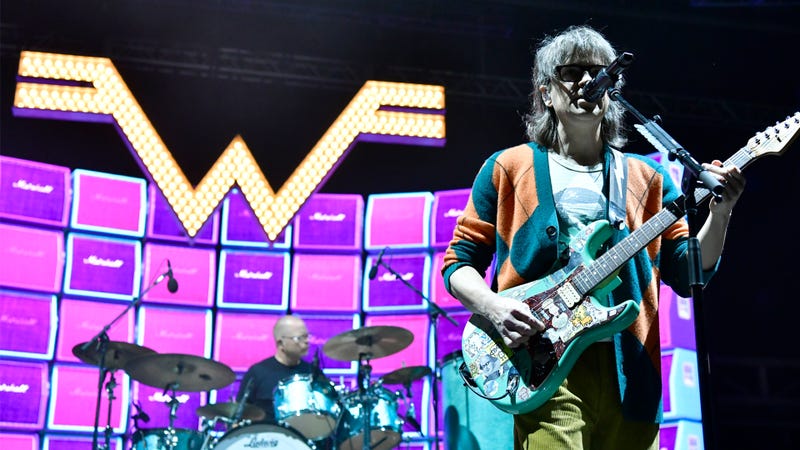 Weezer has entered a new season, continuing their series of seasonally themed EPs, SZNZ: Autumn has arrived. Each EP of the four-part series corresponds to its namesake season, while also symbolizing the band’s different eras.

Autumn marks the third installation, appropriately arriving on the first day of Fall. Following the release of Spring and Summer, which were released in March and June, respectively. Naturally to be concluded by Winter, which will no doubt drop during the start of the seasonally cold months.

Describing the symbolization and thought behind the concept during a recent interview with The New York Times, Weezer frontman Rivers Cuomo said that “Spring was the easy-breezy side of Weezer” while Summer “was more like ’90s alt-rock.”

As for Autumn, Rivers elaborated, “Autumn is dance rock, which is not something we’ve traditionally been able to get away with,” Cuomo said, “It’s really hard to make it both dance and rock and Weezer. It’s very easy for that to turn into something that nobody likes.”

Autumn’s arrival adds another 7 songs to the collection, for a counting total of 21 songs thus far.

Listen to Weezer’s brand new EP below, and here your favorite Weezer songs from all seasons on Audacy's Weezer Radio above.