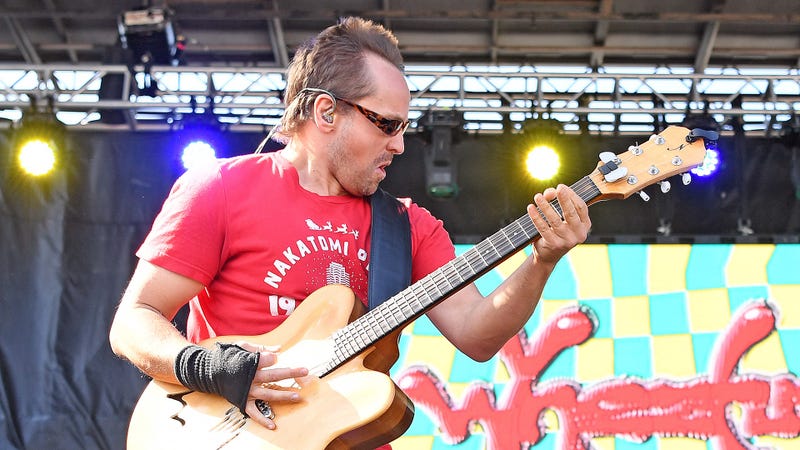 Aside from being one of the most-anticipated acts to hit the stage at Audacy Beach Festival this year, the members of Wheatus are also huge fans of tons of other groups on the bill. While backstage in the Hard Rock Artist Lounge, host Kevan Kenney got to pick their brains on who they were most excited to see perform, and look back on the hit that has kept them going strong for over 20 years.

"We don't get out a lot," says frontman Brendan B. Brown. "There's so many of our personal fave bands on this bill," he adds, naming Jack White, Muse, Phoenix, Dashboard Confessional, and Mayday Parade off the top of his head. "We're running around this festival trying to see as many bands as we can, so it's just like a vacation for us."

Wheatus' massive 2000 hit "Teenage Dirtbag" has maintained its spot on fans' playlists for over two decades in no doubt thanks to its super-catchy hook and lyrics we can all relate to, regardless of whether or not you've ever bought "two tickets to Iron Maiden, baby."

"You know, that thing is just like a cockroach that never dies," says Brown. "We love that song, and it's kind of a challenge to play properly, and we keep up on it, but that has become this thing where, you know, we haven't had a record label since 2005 or a manager since 2005. So, we're coming up on trying to make it to 20 years totally, 100% independent and the song does that work for us... At first, we thought 'that's gonna be limiting,' and now it's not. Now it's something I could never have imagined. We're all on this roller coaster, and 'Dirtbag' is just pulling the thing."

There's even a brand new version of the track by cross-genre London rapper Kid Bookie featuring the band. Brendan says the song came about pretty quickly after getting on the phone and hearing his vision: "Suddenly he's singing it to me, and he's singing harmonies I'd never heard in my own head -- and believe me the three vocalists in this band have sung it just about every way that there is at this point over 22 years -- and I was hooked. I sent him our masters which we rerecorded because we have our own version now, the original masters from the first album were lost. That's the recording he used for his interpolation, and I think it came out really hard and slammin'."

Florida rapper Rod Wave also did a "beautiful version" of the song according to the band, sampling the track on his November 2022 released album Jupiter Diaries: The 7 Day Theory, on the single "MJ Story." Brown adds, "It's this gorgeous, almost lamented, sad, soul thing... I approved the interpolation because it had its own heart."

WATCH NOW: Wheatus plays a new game, "How Dirtbag Are You?"

Looking back on their "Dirtbag" days, Kevan helped the band members reminisce about some of the, let's say, "sketchy" things they may have done in the past with a little game called "How 'Dirtbag' Are You?" Questions ranged from sneaking out of the house, cheating on tests and significant others, stealing Kaboodles, and more. SPOILER: A lot of yes signs were held aloft! 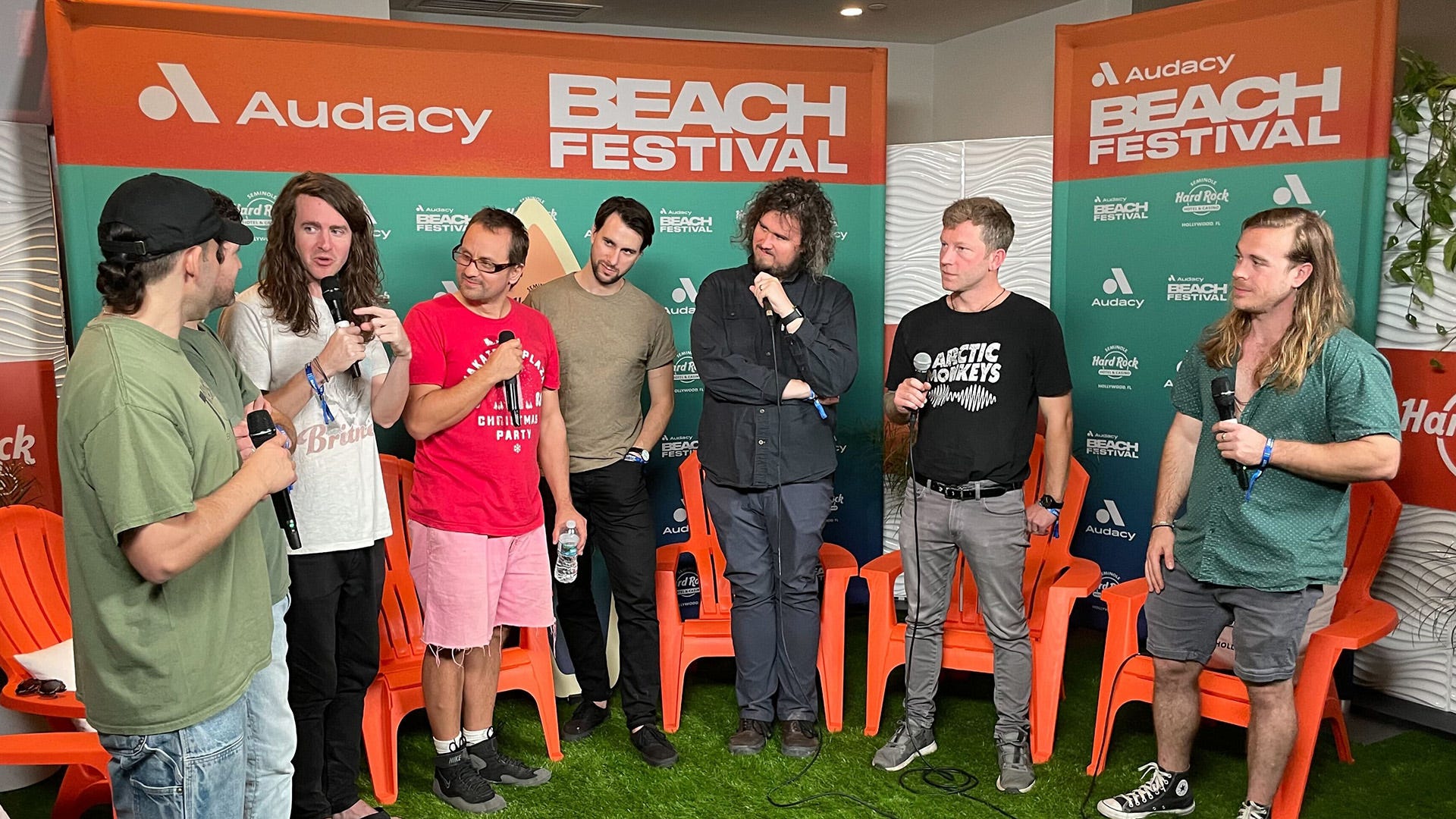 Depending on what you're into, Wheatus also want to remind listeners out there that they've got more than just their "Dirtbag" hit. "I would say 'Valentine,' the title track off of our sixth studio album, that one is one of my favorites to play and sing live," says Brendan. Bassist Matt Milligan suggests what would have been the band's second major label single, "Lemonade," if they had been given the chance adding, "it's just as essential as 'Dirtbag' as far as our fans are concerned... It's become a big song for us just from sheer force of will."

Don't miss the full discussion above -- plus Wheatus and Mayday Parade interviewing each other -- and be sure to follow along for more updates from the sun and sand of Audacy Beach Festival 2022.