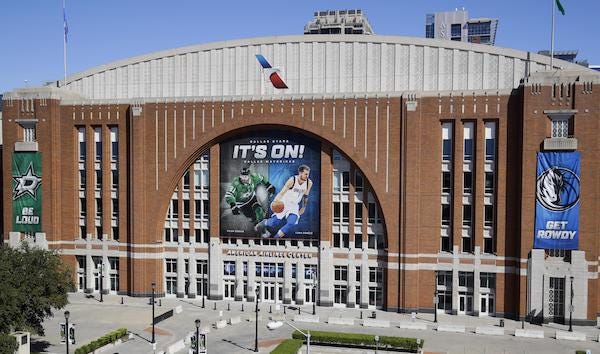 Mark Cuban has poured millions of dollars into the Mavericks' practice facility, and is looking to spend more. He is looking to add a kitchen, chefs, sleep pods, a bowling alley, and arcade games that will most likely include virtual golf, football and soccer.

And with all this money going into the practice facility, Cuban was asked if this means a new arena would be out of the question, to which the Mavs owner responded, "No, not at all. It’s all designed to be extractable."

Cuban told the Dallas News that the likelihood of the Mavs staying at the American Airlines Center is "less than 50%."

The team's lease with the arena ends in 2031, though because new arenas can often take "five to six to build," Cuban said the organization is "not that far off from making a decision."

As for why Cuban is considering a move, it's not because the AAC is decrepit, but because, according to Cuban, "I think it’s time. You know, the AAC is beautiful and it’ll last forever. There’s just more things I want to do."