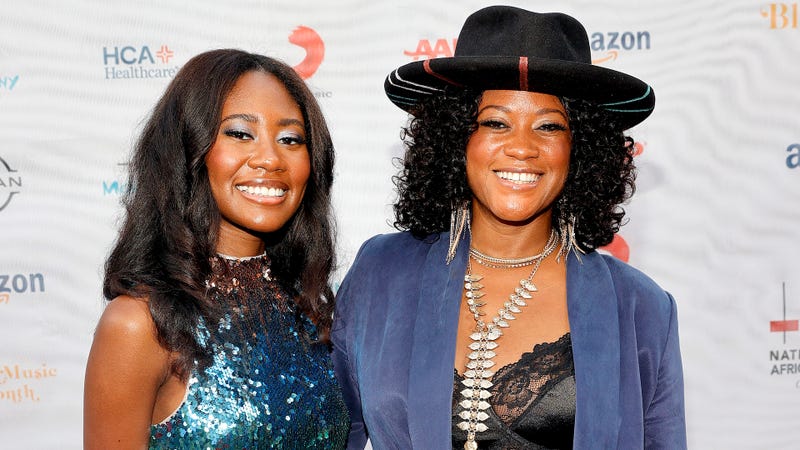 What if Wu-Tang Clan went country? While that hasn’t officially happened yet, Tekitha and Prana Supreme Diggs are forging their own path and bringing their Wu-Tang ties with them.

Listen to Wu-Tang Clan and more on East Coast Rap

Diggs, Tekitha’s daughter with RZA, and Tekitha form the mother-daughter duo O.N.E. The Duo , a collaboration that was born out of a jam session. The two took part in an interview with Rolling Stone as Diggs recalled how one session with her mother gave her an idea.

“‘What if we sang and wrote our own songs together?’” Diggs asked her mother. Tekitha shot down her idea, but Diggs was persistent and determined to not take no for an answer. Eventually, Tekitha agreed to work with her daughter, under one condition.

“She’s like, ‘We’re not gonna do this as a hobby. You want to do this, then we’re gonna do it to the best of our ability,’” Diggs recalled. Additionally, Tekitha wanted to make something that was a “complete departure” from her work with Wu-Tang Clan, where she was a vocalist.

In order to distance themselves from the sounds of Wu-Tang Clan, the duo turned to Country and Americana music. “I thought the best way for us to approach the creative was going to be super organic, very acoustic,” Tekitha said.

The duo first went to Nashville in 2015 where they had their first co-writing session, a process that was much different than what Tekitha was used to in the Hip Hop and R&B world. “Making that transition here has been really eye-opening actually, and challenging for sure,” Tekitha admitted.

It wasn’t until 2020 when the band began to take shape as the duo hired management and began to look for a label. Once that happened, things began to move fast.

Their debut single “Guilty” was released in September and used in the Hulu drama Wu-Tang: An American Saga. Shortly afterwards, they released the song “River of Sins.” While there’s no firm timetable on an official release, the duo is looking to put something out this summer.

Aside from the inherent joy that comes with working as a mother-daughter duo, Tekitha and Diggs also learned there’s a long familial connection to Country music. “When we started this project together, my auntie Angie called me and was crying after I had sent her some songs,” Tekitha said. “She said, ‘You know, [your] mom would be just thrilled about this.”