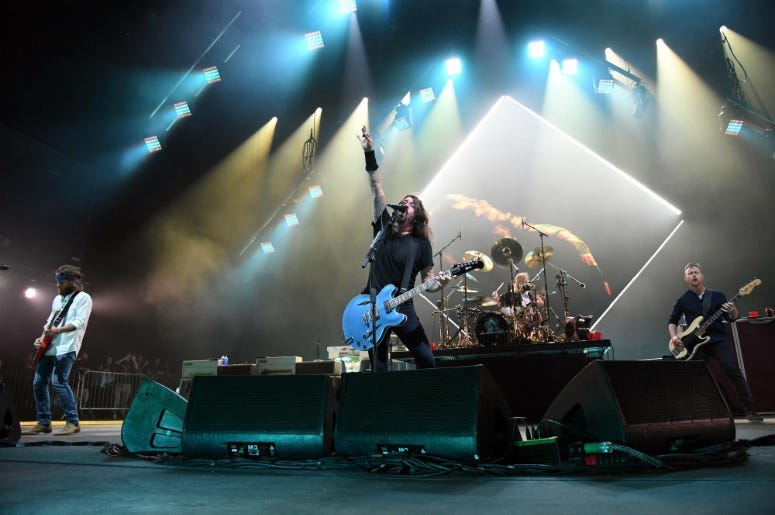 2020 is gonna be a helluva year, even if this is the only good thing that happens.

I'll give you some of the highlights, besides Dave's new look.  Love that.  He said,  "We just finished making a record. Some of those songs, the best ones happen in 45 minutes. Then there's other songs — there's a riff on the new record I've been working on for 25 years. The first time I demoed it was in my basement in Seattle."

Also, after the success of "Sound City," he's also gonna wade back into the documentary waters, with a new one focused on van touring. "I've interviewed everybody," he said. "The Beatles toured in a van, Gn'R, Metallica, U2, everybody has had a van. There's something about that time, you wear it like a badge.  The movie isn't so much about really awesome van tour andecdotes, it's more about the drive to do it."  He added, "Why would anyone give up everything, quit their job, leave everything behind, just to chase this dream with no guarantee you're ever going to make it? And you starve, you bleed, you're sick, you're pissed, you get taken to jail and in fights, but you always make it to the next gig. Everyone has the same story, and it's absolutely the key to success."