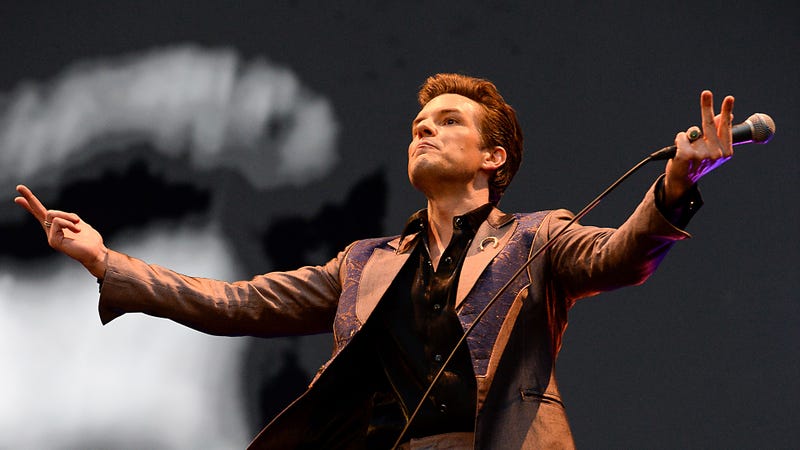 Check out our August 2022 edition of all-new, must-hear Alt tracks for Audacy's '7 Songs' series featuring the latest from The Killers, Muse, Marcus Mumford, Panic! at the Disco, The 1975, Giant Rooks, and ODESZA.

Listen to your favorite music now on Audacy and check out our all-new stations -- curated for fans, by fans -- like ALT Now, ALT New Arrivals, + more!

Fans are eager for the first taste of new music from The Killers following the band’s most recent album, Pressure Machine, and it’s finally here. "Boy" is also the first song expected to appear on the group’s promised forthcoming album, reportedly arriving early 2023.

Muse - Kill Or Be Killed

Muse's "Kill Or Be Killed" is the latest single from the band's forthcoming album We Are The People arriving August 26. Check out the 10-song track list right here.

Panic! At The Disco - Local God

Check out Panic! At The Disco’s new single, “Local God,” from their upcoming album Viva Las Vengeance set for releasee on August 19. The band will also hit the road in support of the new album beginning in September.

Already receiving praise from famous friends, The 1975's forthcoming album Being Funny in a Foreign Language is set for release on October 14 with a 23-date North American tour to follow. Listen to the latest single, "Happiness," now.

German indie outfit Giant Rooks’ debut album Rookery was released back in August of 2020, and the band returns in 2022 after a series of EPs and singles with their infectious new track “Morning Blue.”

Back after an almost five-year studio break, the electronic duo ODESZA return in 2022 with their fourth studio album, The Last Goodbye. Listen HERE as Harrison and Clay discuss kicking off The Last Goodbye Tour with Audacy's Christy Taylor.