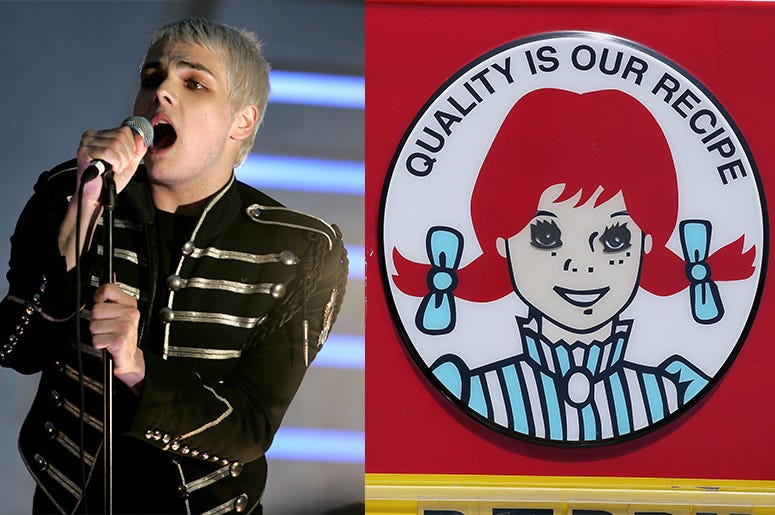 Wendy’s is cooking up Halloween tweets that serve My Chemical Romance fans a treat.

The fast food chain asked its hungry followers to shared Halloween costume ideas ahead of Saturday’s spooktacular celebrations. What started as fun interaction between a brand and fans, turned into a full blown pop punk discussion.

User @blarkmamba sparked the debate last week, asking “Hahah. I wonder what wendys pop punk songs are?? I need to see their iPod.” Wendy’s handle jumped at the opportunity to show Machine Gun Kelly some love. “honestly the new MGK is full of bangers. #1 album being a pop punk album is gonna do great things for the scene,” they tweeted with gusto.

Need a set of eyes on those costumes before Halloween? Reply to this tweet with a pic and we’ll let you know what we think.

honestly the new MGK is full of bangers. #1 album being a pop punk album is gonna do great things for the scene. Meet Me @ The Altar, Stand Atlantic, Hot Mulligan, Grayscale, Knuckle Puck, Nothing Nowhere, If I Die First is a great throwback sound. Tons more.

Another, @efaya13, noticed the interaction and jumped in to post their stunning Gerard Way cosplay from The Black Parade. The full blown black and silver band uniform knocked Wendy’s on their feet. “Well then...CARRYYYYYY ONNNNNN! CARRYYYY OOOOONN!” they responded.

Turns out the promotional tactic worked and put @efaya13 on her way to order Wendy’s for lunch. “I've peaked. I'm getting some Wendy's for lunch 😂,” she responded.

I've peaked. I'm getting some Wendy's for lunch 😂 https://t.co/GdTNenhi7Q

MCR has been quiet during quarantine. The only signs of creative life came in July when frontman Gerard Way wrote a new song, “Here Comes The End,” for season two of the Netflix show Umbrella Academy. Way is also an executive producer for the project.

My Chemical Romance is set to return in 2021 with a handful of rescheduled tour dates from their 2020 tour.