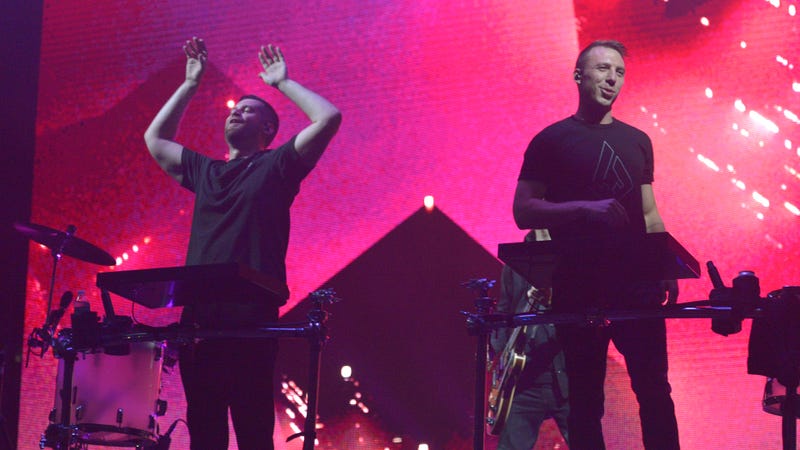 “Really excited,” and in the middle of getting everything perfect, Harrison and Clay from ODESZA joined Christy Taylor to takeover an hour on Audacy's 107.7 The End in Seattle ahead of kicking off The Last Goodbye Tour.

LISTEN NOW: ODESZA join Christy Taylor to takeover an hour on Audacy's 107.7 The End in Seattle

Answering some of Taylor’s questions during their hour on air, ODESZA revealed that they’re “super excited to start this thing off, especially in the hometown,” and while they didn’t select one particular song they’re most excited to perform they admitted that since they’ve yet to play “all the stuff off the new album,” they were extra hype about that “to see what translates.” But that they also have “a couple of surprises for people, like VIP remixes we did and edits that’ll be really special.”

Next the boys broke down a bit of the background behind a few of their songs, including “The Last Goodbye” featuring Bettye LaVette, and “Forgive Me” featuring Izzy Bizu.

Explaining that for the latter, before sending the track to Izzy, “Forgive Me” had a slower tempo, but after receiving Bizu’s “energy on what she sent back was so fun that we felt like we had to match it and actually sped up the song like 15 bpm, and made it more of like a fun disco-y modern track.”  Which actually matches the new album’s vibes, which as they admitted is  a little more dance-y than their previous projects.

The conversation continued, discussing everything from the amount of self-reflection on The Last Goodbye compared to the rest, the process of reworking tracks to be played live, how it’s actually pronounced odesZa, with emphasis on the Z, and so much more.

Listen to the entire interview now. All you have to do is press play above.