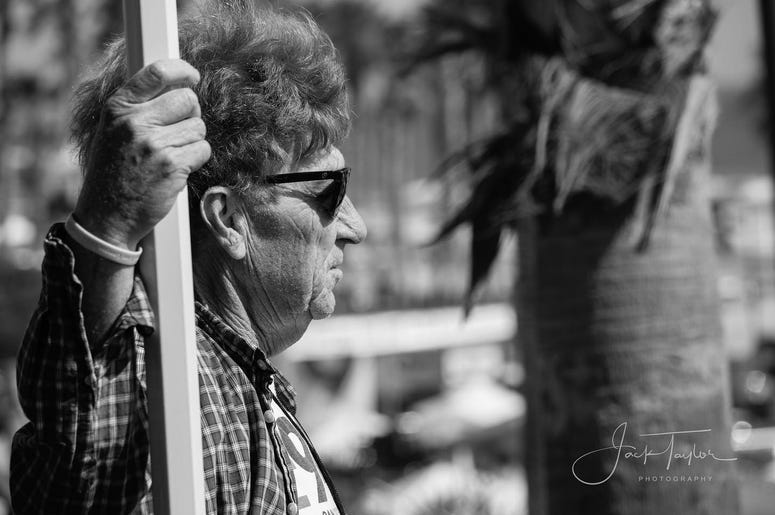 Steve West was not only a voice heard on San Diego's airwaves for 37 years, but also a friend and inspiration to so many.

Maybe you were lucky enough to have worked with Steve over the years. Maybe you ran into him at a concert and jammed out to a song together. Maybe he taught you about that one song that you had no idea was a cover of another song. Maybe you called into his show on Sunday mornings to request your favorite alternative throwback. Or maybe...you just grew up listening and dancing with him. Whatever your relation to him was, you knew--Steve West was truly a staple in San Diego radio.

He loved the music that he played on his show, Legends of Alternative. He loved blasting the music on maximum volume in the studio and just rocking out. He loved teaching others about the music he played. He loved deep cuts and extended versions of songs and underground remixes. He loved dancing and smiling and laughing. And that's how he, along with so many others, spent their Sunday mornings for years.

One thing is for sure, and that's that Sunday mornings in San Diego will never be the same without Steve. But, in case you missed it--Steve's good friend, Bryan Schock, did an incredible job paying tribute to Steve West this past Sunday and celebrating his legacy. It was full of stories and memories about the legend himself.

Take a listen, and may the legend live on.