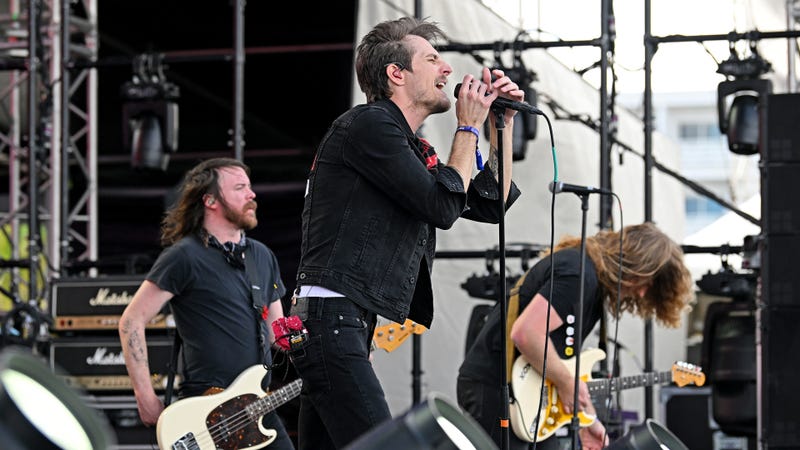 After The Maine absolutely killed it as the Beach stage opener on Audacy Beach Fest day one, they sat down in the Hard Rock Artist Lounge with Dallas to revisit their MySpace days and more.

Despite needing no explanation for their December weather wardrobe choices — they are an emo band after all, The Maine cleared up their decision to rock jeans, joking, “we had an image to uphold,” and mentioned something about “skipping leg day.” After which they took a few trips down multiple memory lanes.

The first included guitarist Jared Monaco reminiscing about his time working at Makutu’s Island as a mascot, as well as a few less-than-desirable mishaps that went down. The second trip, was more of a throwback that happened at the most recent When We Were Young Festival, where The Maine decided to bring back 2008, and “only play songs from when we began,” as lead vocalist John O’Callaghan shared.

The third trip, courtesy of Dallas, had the band check out their original 2008 MySpace page, which he had printed out for their viewing and reminiscing pleasure. Revisiting who was in their Top 8, some “beautiful pictures,” and their concert schedule from way back when.

Now, almost 15 years later, as some of them wish they could “bring back the hair,” and all of them considering reprising the matching vests, but not really… The Maine have made it a long way and will only continue to do so.

Check out The Maine’s entire interview with Audacy above.