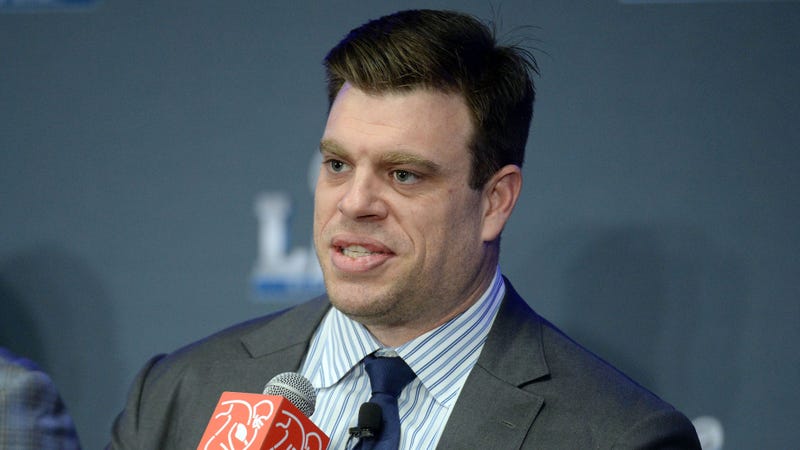 CHICAGO (670 The Score) -- Two years remain on the current collective bargaining agreement in place between the NFL and the NFLPA, and then there is uncertainty to follow.

The complicated relationship between the NFL's players, their union and the league ownership could come to the bargaining table when this current 10-year deal expires after the 2020 season. Matters like contract structure and commissioner Roger Goodell's powers are expected to be brought forth by the union.

NFLPA president Eric Winston, a retired NFL tackle of 12 seasons, has been informing current players to prepare for the likelihood of a lockout beginning in early 2021.

"At some point down the road here, we're going to get together with ownership and we're going to see if we can figure it out," Winston said on the "McNeil & Parkins Show" on Thursday. "Nobody wants that. But I also know that it's a copycat league. If someone sees something and thinks it's successful, they're going to copy it.

"I don't think anybody wants a work stoppage. But at the end of the day, we're telling our guys and we're explaining to our guys, history has a tendency to repeat itself. You got to be ready."

The NFL last endured a lockout in early 2011, a matter ultimately resolved in late July of that year. It was an inevitability that Winston and other player representatives at the time could imagine, and it offered lessons for the next negotiations ahead.

For a number of reasons, relationships between league players and owners are considered poor. Winston is ready for the owners to be difficult again at the bargaining table as he feels they were in 2011.

"We've all seen what they're trying to do to players," Winston said. "It's not a player-friendly league anymore. Maybe one day it was. But now they look at players as if (they are) a commodity. And that's unfortunate because the players make the game. And I think when you support the players and when the players do well then the game does well and everybody does well.

"There seems to be a lack of respect for players. And I hope they're working to changing that, but it's got to go further. That's got to happen much more often. We got to see it much more for me to go into a room and be able to get a deal done.

"There has been and there will be a lack of trust going forward if there still continues to be these subjective rules that end up getting put into place that end up looking like there's favoritism from one team to the next."

Winston said the Chicago Bears organization is among the most difficult for the NFLPA to deal with, often restricting access to union directors at a level he described as "frustrating" and "childish." The NFLPA is gathering information from players as to how the Bears provide for them.

Given the troubling relationship between the NFL's players and owners, Winston is fearful of a lockout ahead while hopeful a deal can be struck.

"I've got to tell my guys what the likelihood of something happening is and what I think they're going to do," he said. "Well, last time, (NFL owners) beat their chest and they said, 'We're going to lock you out.' I have no reason to believe that they're not going to do it this time. Now, hopefully that isn't the case. Nobody wants a work stoppage. But I got to prepare my guys and say, 'Listen, this is what they did last time. I have no reason to believe they're going to change their bargaining manner.'

"Maybe I'll be wrong. And I hope I am wrong. I hope we can figure it out halfway. But at the end of the day, I got to be prepared for what I think could come down the pipe."