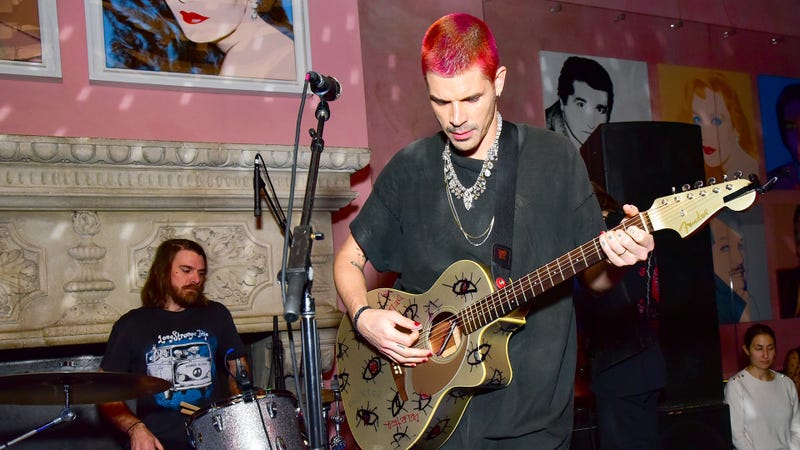 Grouplove released their last album, Healer, on March 13, 2020, the same day the U.S. declared a national emergency in response to the COVID-19 pandemic. About six months after possibly the worst Friday the 13th of all time, Grouplove reconvened in a recording studio, resulting in This Is This, a brand-new, surprise album dropping this Friday.

"First we had to physically recover, emotionally recover," vocalist Hannah Hooper tells ABC Audio. "Then we just realized that the only way to get through this is to do what we do, which is write."

Grouplove entered the studio with "no expectations" -- "I don't think we even knew we were recording a record," Hooper shares -- but ended up finishing This Is This in just nine days.

"We were just best friends writing again, and letting out the storm that had been building in all of us," Hooper says.

Sonically, This Is This borrows from the '90s alt-rock scene with energetic and "visceral" guitars that reflect not only Grouplove's emotional state during the pandemic, but also their yearning to return to the live stage. That's also reflected in Hooper's vocals, which may be the most aggressive they've ever been on a Grouplove record.

"When I was in the studio with these guys, I was just, like, 'Whoa, I am letting out parts of myself that I've never let out vocally before,'" Hooper explains. "I'm letting out tension that I couldn't get out in therapy and couldn't get out on an aggressive run...It needed to come out in music." Hooper adds that releasing This Is This feels "super scary."

The first This Is This single "Deadline" is available now via digital platforms.
Here's the tracklist: