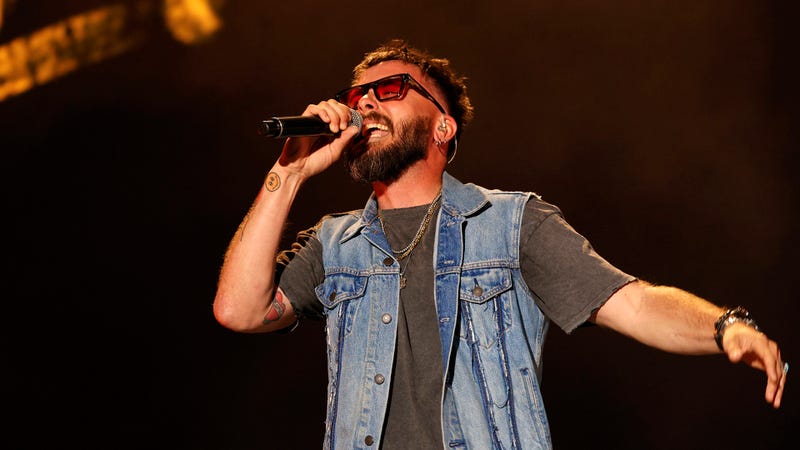 If you have a great memory, you might recall Elvie Shane from season 15 of American Idol back in 2016. But if you're listening to Country radio these days, you no doubt know him from his breakthrough top-25 hit, "My Boy."

As you might expect, the emotional song about parenting is autobiographical.

"I met my wife in Bowling Green, Kentucky," Elvie explains. "We dated for about a year, [and] I married her. She had a five-year-old little boy at the time. He's almost 15 now, but I became a stepfather."

Though he still makes his home in the Bluegrass State, Elvie eventually started traveling to Nashville for co-writes. And that's when "My Boy" was born.

"And Nick Columbia looked at me and said, 'Well man, tell me about your son,'" he continues. "And I said, 'Dude, he's my boy.' And he said, 'Stop right there. Let's just write that.'" Now, as "My Boy" becomes Elvie's first major hit, he and his wife Mandi happen to be expecting a girl.

"We were blessed after trying for a short time with a positive pregnancy test that my wife taped to my dog's collar and sent her running up the stairs to surprise me with it," he tells ABC Audio. "It was the most redneck pregnancy reveal I've ever seen in my life!"