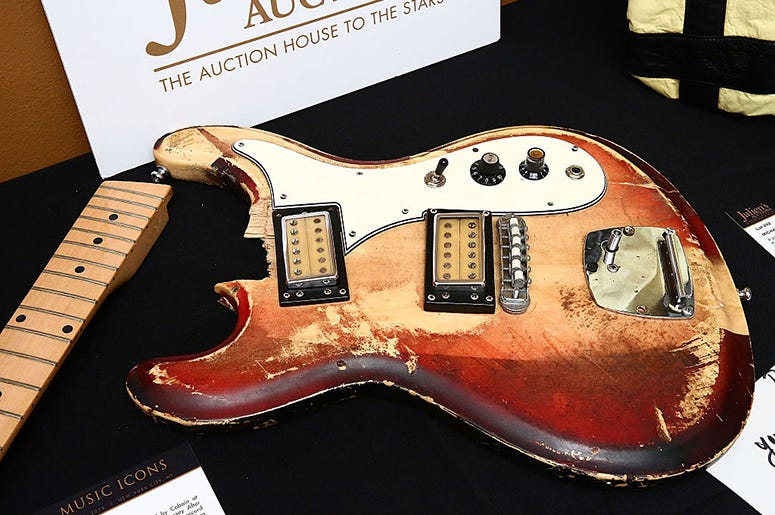 A guitar Kurt Cobain played -- and, subsequently, smashed -- on stage during Nirvana's final tour is going to auction.

The instrument is a black Fender Stratocaster, which Cobain gave to a fan in the crowd following Nirvana's performance in Rennes, France on February 16, 1994, just two months prior to the grunge icon's death.

WATCH: Iconic Celebrity Memorabilia That Auctioned Off For Big Bucks

The auction will also include two guitars owned by the late Eddie Van Halen. Both are valued at between $40,000 and $80,000. 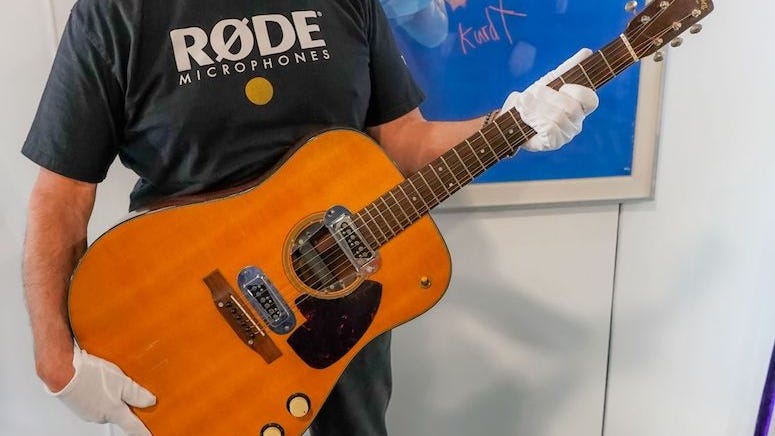 Over the summer, Julien's auctioned off Cobain's 1959 Martin D-18E guitar, which he played during Nirvana's iconic MTV Unplugged special, for a record-breaking $6 million. That price marked the most anyone has paid for a guitar at auction.