Yungblud will be playing live in a city near you. Well, sort of.

The U.K. rocker has announced a digital tour, during which he'll play a livestreamed, full-scale production concert throughout November and December.

What makes this different from past digital concerts is that for each show, Yungblud will be "visiting" a different city. For example, the itinerary lists New York City for November 30, and Boston for December 1. Each city will get its own "unique localized experience," a press release promises. 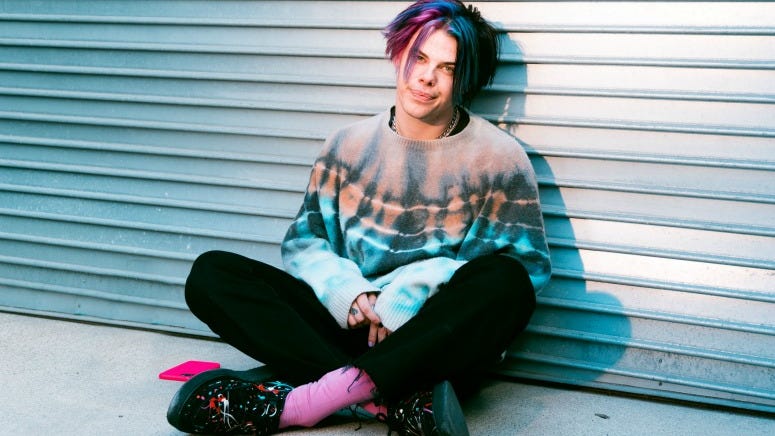 "The thing I miss about playing shows is the individuality of every night," Yungblud says. "The different faces, the different energy, but most of all the different cultures. Our community may be from different parts of the world yet we have similar beliefs, it is incredible."

Of note: you don't have to live in the city in which Yungblud is "playing" to watch the stream. Also, you can buy tickets for multiple shows. However, there will be a ticket cap for each performance in an effort to make them feel as much like a real-life, in-person concert as possible.

Tickets go on sale this Friday, October 2 at noon ET via MomentHouse.com/Yungblud.

Yungblud will release his sophomore album, Weird!, on November 13.