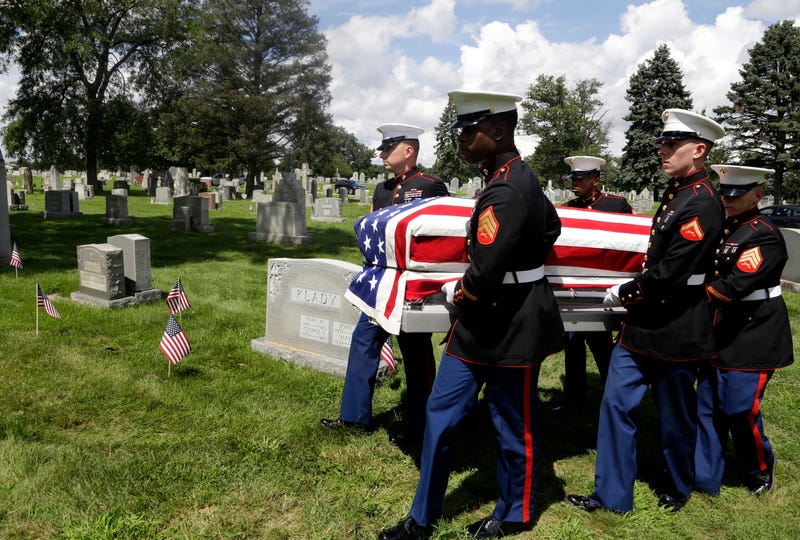 PHILADELPHIA (AP) — The remains of a Marine lost since the early days of World War II have been buried in Philadelphia, more than 70 years after he was killed.

Dominic Ragucci had thought that the body of brother Emil was swept out to sea during a battle on the Pacific atoll of Tarawa. On Tuesday, the 86-year-old and his family finally held a funeral after the remains were recovered and brought back to the U.S.

He was laid to rest in the family's plot in Philadelphia, near his parents and his brother Nicholas, who was killed in Italy less than 90 days after Emil's death.

Dominic and 91-year-old brother Victor Ragucci stood on the tarmac Monday as Emil's body was returned.

Emil was 19 when he was killed during a bloody three-day battle.